Zwaremachine – Be a Light0 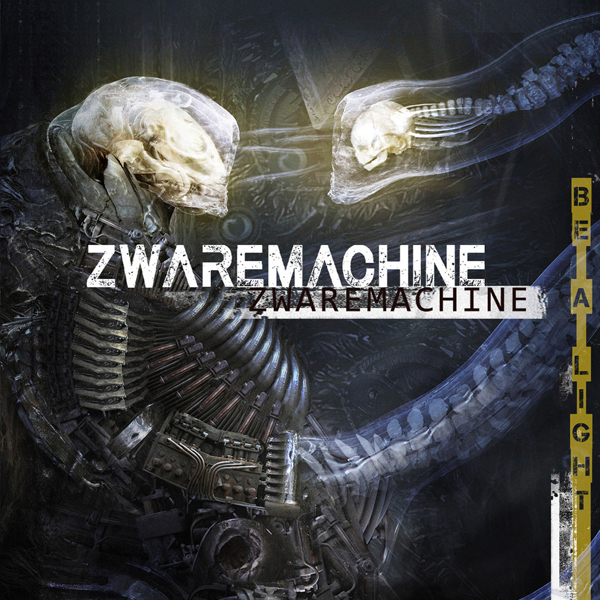 Zwaremachine
Category: Industrial / EBM / Darkwave
Album: Be a Light
Blurb: By slightly twisting some old-school EBM sounds, Zwaremachine may have found a blueprint to a bright future of electronic music.

In an industrial music scene fraught with Skinny Puppy soundalikes, it’s refreshing to hear an artist who can honor his musical influences while putting his own spin on things. That’s exactly what Zwaremachine’s Mach Fox does by bringing the raw grit of early electronic industrial mixed with a signature hypnotic, futuristic feel. The Minnesota based act creates a dark atmosphere to slow stomp and groove to as Be a Light heavily utilizes repetitive rhythms that get stuck in your head and hips. All seven tracks do just enough to refrain from being monotonous or just another song you feel like you’ve heard before.

The album opens with “Pulse,” and it certainly does that with its grinding tone and ominous samples. The phrase “taste everything” is repeated many times in the song, almost feeling like a command and a warning to its listeners as Fox’s raspy vocals contradict the music slightly. It would have been nice for clarity due to what seems like such a strong statement song, but even so, it’s still the most unique track on the album as the only one that doesn’t adhere to the repetitious styling of classic Industrial sounds. The EBM dance machine gets pumping with “Our Revenge,” its groove taking listeners back to the glory days of ‘90s synths; indeed, this track, much like the single “Be a Light,” will delight worshipers of Front 242 and Skinny Puppy. Music aside, the lyrics and vocals convey intelligent and thought-provoking messages. For example, “Another Way” digs into cyber crimes and virtual reality while front man Mach Fox insists that we “find another way to disconnect’ and ‘step out of your head.’ The album also tackles the loss of humanity in “Person to Person,” with the ability to get lost in the music or to give the listener the fire to revolt against what is keeping them down making this song a favorite for this writer.

The original songs stop here and give way to a slew of remixes that are available on the digital edition of Be a Light. The Planktoon remix of “IEYEI” keeps the hypnotic nature of Be a Light alive while feeling almost like a new song. Then the Thosquanta remix of “Another Way” throws in a heavy guitar riff; it’s an appreciated breakaway from everything else that’s almost just pure electronics. But there are some remixes unbecoming as well, such as TIMMYtheTAPEWORM’s remix of “Person to Person,” which essentially slaughtered everything that was lyrically and musically inspiring about it. As well, although some of the remixes weren’t bad, they didn’t do anything to enhance the experience. In the end, 14 remixes are just too many – sure, hearing different and unique renditions of electronic music is a great way to keep things fresh, but this became too many DJs in the booth making the album feel longer than necessary.

Despite only being seven original tracks with a conglomerate of unnecessary remixes, Be a Light has a significant amount of stomp, groove, and beat packed into it. Its dark and danceable energy make it a fun yet deep experience. If Zwaremachine can twist older EBM sounds and make them sound new again, it will be interesting to hear what the band can do when straying a little further from genre predecessors.