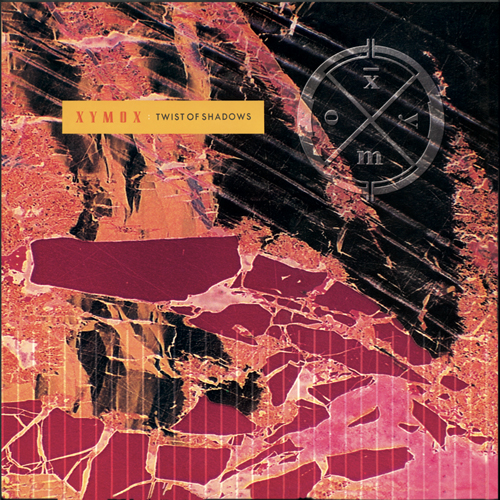 Xymox – sometimes known as Clan of Xymox – is one of this writer’s absolute favorite bands, and the 1989 album Twist of Shadows was everything to me. The band had struck a deal with PolyGram’s new subsidiary Wing Records for two albums, and there was even a writeup in Billboard Magazine about it, oddly enough. The album remains the group’s biggest seller and with good reason – it’s solid through and through. Main producer Peter Walsh created an album that wasn’t saddled with that “4AD sound,” but instead gave Xymox a danceable and accessible sound that you could shake your tail feathers to if you wanted, or just sit and take in the moodier pieces.

“Evelyn” starts the album off with its gigantic synth/string intro, a love song with that goth twist with lyrics like, “We walked ‘til the sunlight died.” “Obsession” was the lead single and made a pretty good impression on radio; it includes some of Ronny Moorings’ twistedly visual lyrics like, “It’s just the way it should be / It’s so right as rain / We stayed awake at night / With visions so unreal / We stayed awake at night / with visions so ideal / It’s got a hold on me”. “Blind Hearts” and “A Million Things” had already been included on a 12-inch that proved to be the final release that the band would do for former label 4AD. Here in re-recorded form and definitely not as murky sounding, they meld in perfectly with the other original numbers. “Imagination” proved to be the real surprise as the third single released, sung by bass player Anka Wolbert. It actually charted in the U.S., landing at number 85 on Billboard’s Hot 100 singles and helping the album sell over 300,000 units. Not to be forgotten is the instrumental closer composed by main keyboardist Pieter Nooten, titled “Clementina.” It is a majestic and moving end to an album that has no blemishes.

Pylon Records has gone above and beyond by including five bonus tracks on the 2-LP edition (available in red or black) and 10 for the 2-CD version. Some are making their CD debut like the Club mix for “Blind Hearts,” the B-side track “Shame,” the Dub mix of “Imagination,” and the impossibly rare instrumental B-side (only available on a promotional pressing of the Blind Hearts 12-inch) “Promises.” There are still more, but I don’t want you reading all night, preferring that you find Twist of Shadows for yourself and spend your time listening. You will find it to be so worth it.