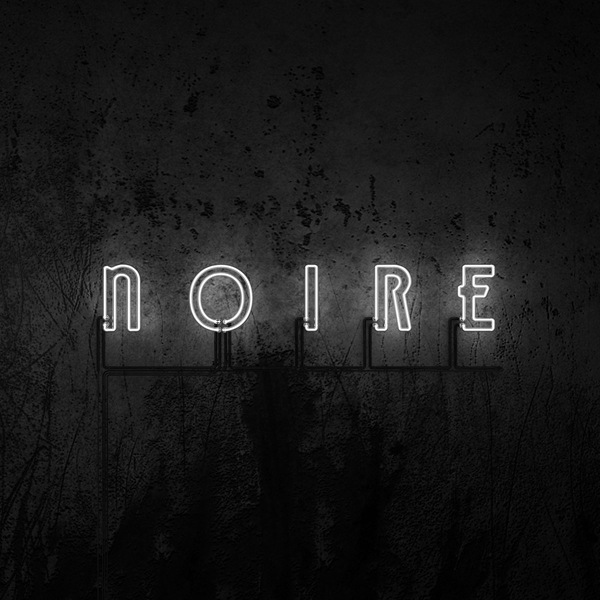 VNV Nation
Category: Electro / Futurepop
Album: NOIRE
Blurb: VNV Nation is back with this tenth studio album and, for better or worse, delivers what you would expect.

VNV Nation has been one of most consistent and reliable artists of the futurepop genre, releasing 10 albums in 24 years, not including live albums, EPs, or 2015’s fantastic orchestral album Resonance. Ronan Harris has been a cornerstone of the genre and, for better or worse, VNV Nation has become somewhat predictable with its output – much like KMFDM or AC/DC, when you fire up a VNV Nation album, you know what you are getting. Over time, the band’s sound has evolved and grown to fill in the nooks and crannies of the genre without breaking entirely out of it… and perhaps for bands like this, that’s not the point; perhaps it is becoming the best version of that sound that pushes them. VNV Nation’s last few albums – 2011’s Automatic and 2013’s Transnational – incorporated lighter and more pop-friendly sounds while staying true to the established style. NOIRE revisits some of the darker, more ethereal characteristics of earlier work like Judgement and Of Power, Faith, and Glory.

“A Million” is a strong opening to the album as it keeps things simple with a heavy beat and dark synths. Harris uses his style of non-repeating lyrics as he has in the past, which shouldn’t work for creating memorable hooks, but he manages to pull it off, helping to become this writer’s second favorite track on the album. That honor belongs to “Immersed” with its heavy techno beat and dark synths that manage to build up without overcrowding the track; even as an instrumental, this track would be great. “Collide” is a nice bombastic track that gets the emotion across, although it doesn’t go as big as it could, while “Lights Go Out” is a nice track about people partying as the apocalypse happens… ironically, it also happens to be a really good club track. “When is the Future” leans a bit more into the synthwave sound than standard VNV Nation and ends up being a well-written pop song. While instrumentals aren’t anything new to VNV Nation, there is something notable with the purity of “Nocturne No. 7;” it isn’t Harris’ first attempt into classical piano, but it is the only one that is purely piano and nothing else. But the instrumentals can be a double edge sword, for while they can be interesting if they catch a listener’s mood at the right time, the three instrumental tracks aren’t short and eat up 17 of the album’s 73 minutes. Many of the songs like “Armour,” “God of All,” and “Only Satellites” sound just like what you would expect from VNV Nation – not distinct to this album. It’s only a detriment for two reasons: 1. Harris isn’t pushing his sound as much as he could… should be. 2. Although there is also a feeling that this album is supposed to be taken as a whole, there isn’t anything notable to pull it together as a complete work, making it still feel like a collection of singles.

NOIRE is a well-crafted album with some great standout tracks. Harris always puts a great deal of thought into his music to make each song feel substantial and meaningful, which ultimately is not at all unique for him. Consequently, the album does little to distinguish itself from the rest of the VNV Nation catalog, and as such, will do little to convert listeners that are not already fans.