Trade Secrets – Before We Vanish0 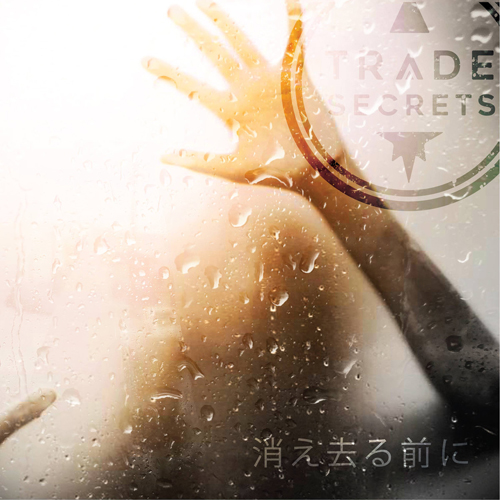 Trade Secrets
Category: Electro / Rock / Coldwave
Album: Before We Vanish
Blurb: Hauntingly evocative melodies with a blend of darkly post-punk tones and synthesized ambience, Trade Secrets invites you to dream here for a while.

F.J. DeSanto is certainly busy given his pursuits in cinema and comic books, but it is his music under the moniker of Trade Secrets that in this writer’s opinion best represents his most emotionally engaging creative outlet. Retaining the collaborative spirit and the generally melodic and atmospheric tone of Hypefactor, Trade Secrets presents a more focused tonal quality that was first presented on the Golden Life EP and has been further refined on this full-length album. Like the EP, Before We Vanish draws on DeSanto’s experiences in Japan and offers a veritable soundtrack to the neon-lit haze and cultural miasma of walking through the streets of a Far East metropolis, the rhythmic and melodic energies coalescing into a journey both spiritual and sublime.

Throughout Before We Vanish, DeSanto presents the listener with something of dichotomy as each track on its surface is an upbeat, sometimes even poppy excursion that belies the lyrical melancholy with an undercurrent of dark foreboding. For instance, “Answers” introduces the record with a lovely pad progression that by itself is reminiscent of the ambient passages found in Akira Yamaoka’s scores for the Silent Hill series, the synth arpeggios and techno beats picking the pace up as the caustic throb of the bass cuts just ever so subtly in the mix. Wistful vocal harmonies pervade until a strangely dissonant vocoder effect appears at the end, layers of glassy guitars and fluid synth leads adding a flavor akin to post-Roger Waters era Pink Floyd, making “Answers” an effective opener that hints at what Before We Vanish has further in store. As the first single from the album, “True North” offers one of the album’s most memorable refrains as Damien “Peka” Polak repeats “And I run, and I run, and I run like I’m standing on the ground” amid a descending chord sequence, a smattering of sustained keyboards boldly entrancing the listener. As DeSanto had faced a life-threatening illness that ultimately helped to inspire his initial forays into Trade Secrets, there is a certain resonance to the lyric “A little death makes you feel alive” in “Broken Instincts,” sung in Peter Riley’s signature sardonic croon atop an energetic rhythm that is as appropriate for the dance floor at midnight as it is for cruising with the top down at sunset. Similarly, the resonant pads, laconic guitar phrases, and clubby beats of title track “Your Heaven (Before We Vanish)” provides an atmosphere of lush tension, Polak singing his heart out as DeSanto’s Peter Hook inspired bass lines trade places with trickling synth and guitar leads; and yet, for its emotive vibrancy, there’s a coldly mechanical quality that almost displaces the listener. The same can be said of “Refactored,” whose almost atonal chord progressions create a strangely jazzy vibe that plays well with the swirls of acoustic and electric guitar and synth, all the while the beat keeping things in a state of abandon, and if the insistent pulse of techno beats and rolling bass on “Wish For the Rest” don’t get you running for the dance floor, you might want to get your ears checked; it’s almost too damn catchy for its own good, belying the lamenting tone of lyrics like “And this was never quite the plan / the taste of chaos in your hands,” and “Let’s dream here for a while.” Like the last call before the end of the night, “Too Many Tomorrows” concludes the album with an appropriately slow rhythm and despondent lyrics like “It will be all right, just not today,” and “There is to be more light when tomorrow comes.”

Along with Riley and Polak, Before We Vanish also sees DeSanto working with longtime associates like Mike “Ash” Venezia” and Charles LaBarbara, as well as The New Division members John Glenn Kunkel and Alex Gonzales, plus guitarist James Meays to make for a dynamic cast of collaborators. As well, the cover artwork by Jim Marcus provides a ghostly and evocative visual accompaniment, as if to represent the dissolution one feels when trapped in the embrace of cultural and emotional flux. The opulent electronics along with the poppy melodies provide a hint of what many in the synthwave style have attempted to create, along with a post-punk quality to its darker lyrical tones and organic instrumental elements that permeate Trade Secrets’ sound, making Before We Vanish an album that seems to exist in a time and space all its own.