The Sweetest Condition – Edge of the World0 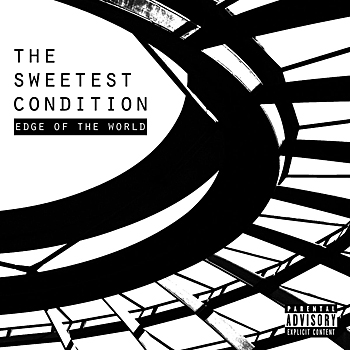 The Sweetest Condition
Category: Electro-pop / Rock
Album: Edge of the World
Stars: 3
Blurb: Rocking textures, danceable beats, and darkly emotional melodies resound in this debut from a Nashville duo with lots of talent to offer.

Hailing from Nashville, TN, The Sweetest Condition began very much as most bands do with the meeting of Leslie I. Benson and Jason Reed Milner in the underground club circuit and discovering a mutual need to create their own brand of rock-infused electro-pop. Drawing on numerous influences and honing their skills with the 2013 Truth & Light EP, this full-length debut album showcases the full range of the duo’s musical talents, full of driving synths and guitars, energetic rhythms, all topped off by Benson’s emotive voice. From start to finish, Edge of the World tugs at the heartstrings for those with a love for the dance-friendly sing-along synthpop of the ‘80s, toughened up with a hint of ‘90s industrial/rock tinges and darkwave atmosphere. Eschewing the usual introductory fanfare, “Beyond the Blue” kicks things off simply and directly with an upbeat rhythm and pulsating bass that will immediately call listeners to the dance floor, Benson’s voice matching the power of the guitars in the chorus to make for a punchy opener. Similarly, songs like “Secret” and “Miles Away” kick into high gear with instantly striking melodies and synth hooks, the resonant guitars evoking the likes of U2’s The Edge, while the ghostly harmonies of “Watch You Fall” amid a pumping shuffle beat have all the makings of a surefire hit for any DJ set. “Now” is full of attitude and power, the trickling pianos amid sustained guitars making for a decidedly aggressive track, and the intertwining synth lines of “Control” are sure to have listeners turning the volume up, the stuttering guitar tones playing well with the bouncy rhythm and Benson’s velvety voice. Even the album’s slower, moodier moments like “The War Is Over” and “This Poison” are simply too inviting, even with the distorted glitch effects of the latter track adding a touch of abrasion to augment its gloomy ambience, “Without You” ending Edge of the World on an emotional high as its chorus soars with intricate breakbeats, subtly orchestral flourishes, and shimmering metallic tones. Comparisons to the electrified goth/rock of The Birthday Massacre mixed with the darkly engaging electro-pop of The Azoic or Collide are sure to resound, but this is clearly the audience The Sweetest Condition is striving for, one open to the rocking textures, danceable beats, and darkly emotional melodies that the band excels at. In short, Edge of the World is a fine debut from a band with quite a bit of talent to offer.