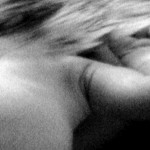 Syndrome
Category: Ambient / Drone / Metal
Album: Floating Veins
Stars: 2.5
Blurb: There are moments when the music really grabs the listener. Unfortunately, these moments are too few and far between.

Hailing from Belgium, Mathieu Vandekerckhove is the mastermind behind the band Syndrome. Mr. Vandekerckhove has various other musical projects he currently works on, but this is his first experiment into the realm of the melodic gloom and doom of drone. It is a hard task to sound fresh and innovative in a genre that is very minimalistic at its core, and Syndrome attempts to carve its own identity with only glimmers of success.

The opening track, “Clot” begins on a somber note. There is not much deviation from start to finish on this song, and this is a recurring and unfortunate theme on the entire album. Nearly four minutes into the six minute song, are we treated to some slight change with some light taps of a hi-hat and an occasional thud of a snare drum. There are shades and tones of sound that can be heard on this album that are reminiscent of the masterful Robin Guthrie; if only there was more of this! The title track, “Floating Veins” showcases some pretty epic and distorted guitar soloing in the second half of the song. This is one of the better offerings. But tracks like “Project5” and “Wolf” offer very little in the way of change and just become much too repetitive. The final opus, “Absence” has the most structure of any song on the album. There are some real crunchy guitar riffs displayed, along with some decent soloing to back it up. The stoner/doom metal band Om comes to mind when listening to this final offering. Once again, if there were more of this, the album would stand out a bit more. When finding that you wish an album sounded more like other artists, this is generally not a sign of innovation or that it is memorable.

With a very short track list, not much variation and deviation in each song, and already being confined to a genre that is hard to stand out, Syndrome offers very little to feast your ears upon. Here’s hoping that if Mr. Vandekerckhove continues to explore the caverns of doom and drone that he brings more light to guide the way on his next journey.