Sorrow – Under the Yew Possessed0 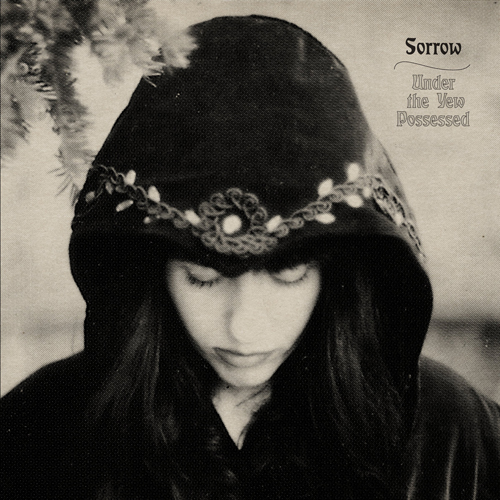 Anyone who has dipped their little toe into the neo-folk genre has no doubt heard or read the name Rose McDowall. Her angelic voice has graced many a band of the genre and beyond. Her contributions to albums by Death in June, Current 93, Psychic TV, COIL, and NON sit right next to work performed with Felt, Primal Scream, and The Jesus & Mary Chain. On her own, she is most famous as half of Strawberry Switchblade, the classic single “Since Yesterday” having brought the ‘80s duo international recognition, catapulting them into the spotlights for not only the music but also their bow and polka-dotted fashion sense. Strawberry Switchblade’s brand of pop music always had an undercurrent of sadness despite the upbeat music, foreshadowing the path McDowall would be musically walking upon after the band’s dissolution in 1986.

Sorrow was a band that she formed with her then husband Robert Lee while they were stranded in Canada as the result of Visa problems while visiting Robert’s family. Under the Yew Possessed was initially released in 1993 via her own record label, Piski Disk, and distributed via World Serpent Distribution (who were the main distributor for a vast majority of neo-folk artists of that time). Now, Glasgow based Night School Records is working with McDowall (also having released the Our Twisted Love EP last year) and pushing this gorgeous music back out into the world on vinyl for the first time.

When the album was initially released, vinyl was considered fringe and the compact disc was king – fast forward to 2018 and it’s the exact opposite. An album as beautiful as this deserves the treatment Night School has given it. The vinyl sounds superb and there is a nice four-page foldout with photos and commentary by McDowall about the origins of the band and album along with the lyrics. Musically, it has stood the test of time as none of the dated production or instruments that plague some early albums of the genre are here. Songs like album opener, “Die” shimmer with a sparseness that allows the multi-tracked layers of McDowall’s voice to be at the forefront, helping the listener be drawn into the ache of the lyric. “Forgive Me” is an absolute stunner; one can feel every word that she sings as we’ve all been in this place before, but not with the elegance or tone displayed. The lyrics of “Emptiness” indeed conjure the band name with lyrics like, “Sweet madness come share my wine and bleed the snake that circles time.” This is all delivered in a spoken word manner rather than in her honey-toned croon, making it feel like she is conversationally pouring her heart out to you to good effect.

I would not dare call this a neo-folk album, though the word has been bandied about quite a bit in this ReView. The final two tracks, “Loki and Evil” and the title track would arguably be lumped in there, but most certainly as a whole, this is a natural progression from where Strawberry Switchblade left off. There is a pop sensibility to the music with a very healthy dose of gothic poison to kill any notion that it belongs in the former genre. Her music stands on its own and doesn’t need a category (though one had to be given). This is a stellar reissue of a vital album that deserves its place in the same breath as the canons of the luminaries that she has supported.