Shiv-R – Requiem for the Hyperreal0 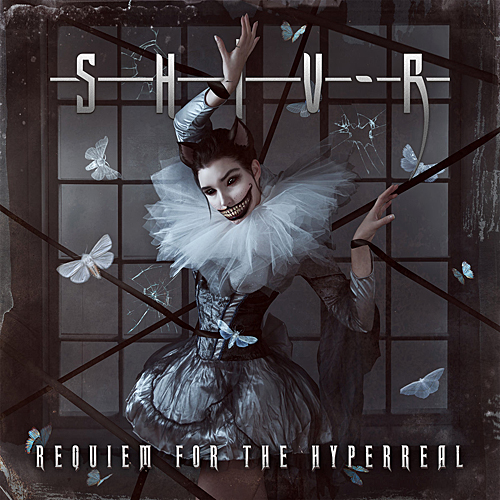 Since its inception, Shiv-R has always presented well produced electronic music and maintained a buzz within the industrial music lexicon. While the band’s tracks were rarely absent from the dance floor, much of Shiv-R’s early efforts came off somewhat limited in scope and originality. Beginning with 2014’s Wax Wings Will Burn, Pete Crane and Ben Lee Bulig began to explore a more unique voice and push the boundaries of what a Shiv-R release could be.

While a good portion of Requiem for the Hyperreal remains close to the act’s previously established formula, it begins to stand apart with tracks like “Here in the Dark,” a slow, airy, and haunting electronic ballad that comes off almost waltz-like in its delivery. Similarly, “Disconnect” incorporates some welcomed KMFDM-esque guitar into the mix, while “Panacea” experiments more with tempo changes. One of the album’s standout tracks, “The Moth Collector” may come on in the usual fashion, but feels as though it’s drawing from a far more diverse palette of sounds than one has come to expect from the duo and represents the height of the release.

While not leaps and bounds away from previous material, Requiem for the Hyperreal does little to lose the established fanbase and shows flashes of an act that is truly coming into its own.