Science and the Beat – Future Blue0 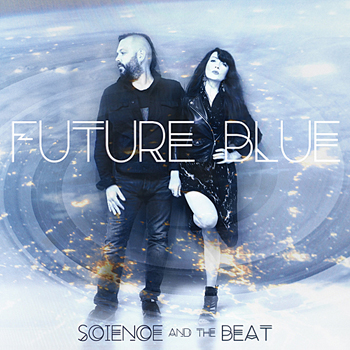 Science and the Beat
Category: Electro / Rock
Album: Future Blue
Stars: 4
Blurb: Losing none of the attitude, but adopting a smoother and more sensual approach with equal parts electro-pop and blues, Rob and Tasha reveal another side to their musical personalities.

Taking a backseat from their usual industrial/rock predilections as More Machine Than Man, Rob and Tasha have opted to explore other aspects of their musical personalities with this new outlet, Science and the Beat. With a greater focus on melody and atmosphere, the duo is more prone to incorporate electro/pop and even blues influences with Science and the Beat, making Future Blue a delightful romp that is every bit as edgy as anything released under the MMTM moniker, but with a smoother and more sensual feel that holds the promise for wider appeal.

Among the nine songs presented on Future Blue, this writer has noticed a tendency for three sets of three particular musical modes. For instance, the album starts off with the powerful but restrained “Falling Out,” a sharp synth bass striking the listener with Tasha’s strident vocal delivery to make for a boisterous intro to Future Blue. This particular mode is then taken to a slightly sadder tonality on “Anybody Listening?,” with shimmering ambience and ballsy synth bass playing well beneath Tasha’s disaffected lyrics and smooth delivery, the guitars rising to create a wall of atmospheric overdrive, while the mournful trip-hop of “Sorry” ends the album on a bluesy note, complete with a guitar solo that brings to mind the delicate hand of Mark Knopfler. This bluesy feel is felt much more strongly on tracks like “Mean Streak” as its undeniably sexy groove and lush ambience makes it no wonder it was the album’s lead-off single. “Last Call” would be suitable for any nightclub at 2:00am, the stomp-and-clap beats driving beneath Tasha’s voice belting and wailing like a classic blues chanteuse, while “The Devil” is classic blues/rock the likes of which would not be out of place in a set by Heart. Finally, there is the poppier side of Science and the Beat, on full display with a song like “Never Letting Go.” It’s downright sugary in its infectiously upbeat melodies, a love song that is simply too catchy to not get lost in, while “Take It Back” follows how on its heels; sparser in its arrangement with a bouncy and throbbing electro bass and clap beat, Tasha’s emotive voice revels in an almost childlike glee, just as it does on “I’m Crazy,” which is almost disconcertingly happy sounding with tuneful synths and Tasha going just off-key in the chorus to add a touch of… well, craziness.

Produced by the renowned Wade Alin, Future Blue demonstrates that no matter what moniker the pair adopts, Rob and Tasha won’t be a one-trick pony. This creative couple is capable of churning out smooth melody as much as caustic aggression, sensual longing as much as fetishistic desire. And yet, the duo loses none of the in-your-face attitude that has driven More Machine Than Man for nearly two decades; rather, this attitude has been refocused with different facets to make for a varied but intense musical outing that allows Science and the Beat to stand out.