Repairer of Reputations – The Night Ocean0 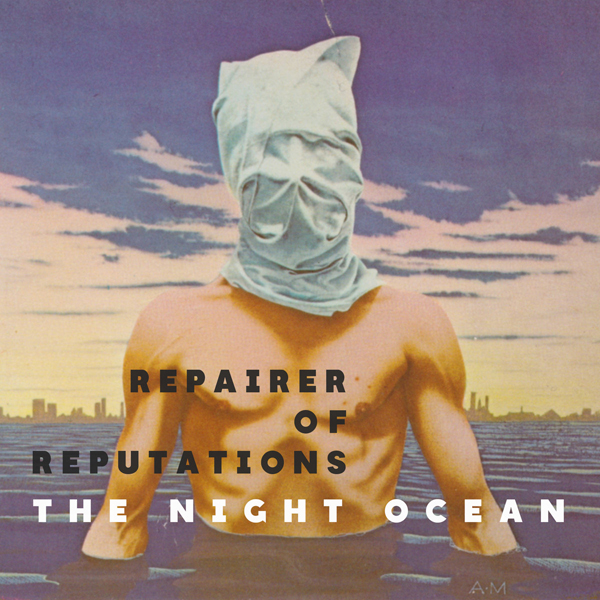 Ryan Page has been making a name for himself in the world of exploratory synthesis, creating intriguing sonic environments through the use of modular synths – some he creates himself – in a manner that hearkens back to the early days of Wendy Carlos and Keith Emerson. With The Night Ocean, his third release under the moniker of Repairer of Reputations, he takes the listener on a journey through “imagined futures that never arrived,” with each track inspired by different authors in weird fiction. The very name of the project derives from one of the stories in Robert W. Chambers’ The King in Yellow, while the album title is taken from one of H.P. Lovecraft’s early “dream cycle” short stories, already evoking ethereal realms outside of perceived existence, delving into a sound that Page describes as “neither nostalgic nor forward-looking.”

One of the more striking qualities to The Night Ocean is perhaps the diversity of atmospheres Page creates, which is appropriate given the thematic nature of the album, all held together by the transitional sounds of the ocean waves. For instance, “Terminal Beach” begins the proceedings in a decidedly ominous fashion as a deeply resonant drone underscores shrill shrieks that almost seem to emanate from oceanic depths, rising in volume and intensity before an unsettling, abrupt end. If not for its absence of a melody, it would remind this writer of the Lovecraftian sounds of The Unquiet Void. The same can be said of “Black Crow” as it trudges through a guttural, distorted monolith of almost mechanical audio horror, but this is all offset by the pensive “The Sea of Sleep,” in which layers of bell-like tones form an eerie yet soothing tapestry. On the other hand, some tracks incorporate atonal melodic phrases and arpeggios that give them an almost synthwave character not unlike what one might expect on the Stranger Things soundtrack. For example, the title track is a chilling two-and-a-half minutes of a tense arpeggio reverberating into a wispy haze, the variations in oscillation and echo as it progresses keeping the track from descending into monotony, while “A Drowning” is a much more eerie and atonal display, the chitters of distorted synth, trickling water effects, and sustained drones of pads sending the listener straight into the decrepit lair of a beastly unseen entity. And then there is the epic “Plain of Silence,” which follows a similar motif as “The Night Ocean,” but carried to such an extreme that all traces of individual notes are lost to the ether, resulting in a miasma of bleak, fearful ambience; as nearly 12 minutes long, it’s actually quite an impressive feat on Page’s part that the track holds one’s interest for such a duration.

The Night Ocean can be a somewhat jarring listening experience, more so than most in dark ambient, once again due to its shifts in tone to place the listener out of place and out of time… but then, that is the point. The ease with which Page crafts so diverse a range of sounds and themes into something resembling a cohesive whole is striking, effortlessly moving from disconcerting noise to haunted melodies and back again in such a way that resembles a soundtrack, but this time to a whole literary genre rather than a single author or story. For that along with the proficiency of Page’s experimentation with synthesis, The Night Ocean is a worthy listening experience.