Raizer – We Are the Future0 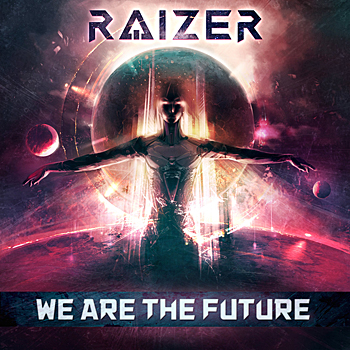 Raizer
Category: Electro / Rock / Drum & Bass
Album: We Are the Future
Stars: 3
Blurb: A strong debut and a bold statement from this Eastern European electro/rock band, one that has all the potential to be a worldwide sensation and eventually explore past the boundaries of the genre.

Hailing from Eastern Europe, Raizer was discovered by Klayton via the band’s demos on SoundCloud, impressing him so much that he signed the band with his FiXT imprint. In keeping with the label’s vision of futuristic electro/rock, Raizer blends melodic alt. rock and edgy electro-pop with the seething edge and frantic rhythms of drum & bass in a manner that will surely draw comparisons to Pendulum and The Prodigy. Of course, it would be dismissive to allow those comparisons to dissuade you from allowing Raizer to sink its infectious hooks into you as the band demonstrates an effective synergy of style that is at once familiar and fresh.

One need listen no further than “Dawn,” which follows after the introductory fanfare of “The Singularity,” and hits hard with a chorus that is almost impossible not to sing along with as the vocals soar with all the anthemic grandeur of the most fetching pop hit. This song sets the tone for We Are the Future as every song is a tour-de-force of catchy melodic passages and scathing electronic distortions, which along with the guitars and the tightly programmed beats blur the edges between the organic and the synthetic in a manner befitting the FiXT label’s aesthetic. Songs like “Magic,” “Storm,” and “Fall” enter with a scratchy synth hooks that with the pumping beats and fluid guitar riffs is sure to get stuck in one’s head within seconds; this is especially so on the latter track, taking on the tone of a saccharine ballad that offers a slight respite from the in-your-face aggression that permeates the majority of the album, the pianos and chorale synth lines adding that touch of lush melodic atmosphere that tugs at the heartstrings whether you like it or not. On that note, the caustic phrases of riffs of songs like “A.I.,” “Abduction,” “Against Myself,” and the title track challenge the listener to identify where guitars end and electronics begin, showcasing Raizer’s proficiency at this familiar blend of rock and drum & bass. “Lonely Star” is a notable track with its glitch-laden textures and spacious arrangements of chiming guitar and resonant pads, creating an energetic and engrossing song that demands repeated listening to catch every nuance, while “Far Away” ends the album with a powerful punch, the emotive and harmonious vocals enticing the listener with all the flair and richness of anything you’d hear on the top radio charts.

With production by such renowned electronic figures as Klayton and Sebastian Komor, We Are the Future is an auspicious debut from a band that has all the chops to become a worldwide sensation. Not unlike fellow FiXT acts Blue Stahli and The Qemists, Raizer is quite adept at infusing a striking pop/rock sensibility into the esoteric sounds of hard electronica and drum & bass… so much so that some listeners might struggle to find those qualities that would differentiate the band from its peers and influences. That said, We Are the Future is a bold first outing and one that bodes well for Raizer to further explore past the boundaries of electro/rock and truly live up to the album’s title.