Pro Patria – Back to Basics0 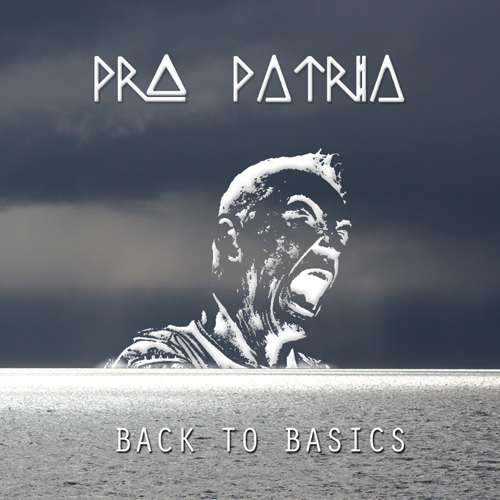 Pro Patria
Category: EBM / Industrial
Album: Back to Basics
Blurb: Pro Patria erupts from out of nowhere with a pulsing, stomping return to ‘90s EBM/industrial – metallic and heavy, this album uses the classic EBM sound to channel new anger at the establishment; a machine gun, every song a new magazine loaded and released.

Who the hell is Pro Patria and what hole in time did the band fall through? Aggressive and in-your-face industrial that channels Nitzer Ebb, MINISTRY, Front 242, with a little Psychopomps and Leæther Strip thrown in. Pro Patria’s Back to Basics is a triumphant return to EBM. After a strong start in the early ‘90s, things went off the rails for Pro Patria as the band split up and life got in the way of evolution. However, in 2017, Peter Vercauteren – a founding member of Pro Patria and its sole proprietor now – was invited to revive Pro Patria for a Familientreffen EBM festival performance in Germany. The positive reception inspired Vercauteren to return to the studio to resurrect Pro Patria and produce Back to Basics, with an additional album slated for Spring of 2019.

The album kicks off with the stomping, brutal beats of “Stronger than You,” a song that sounds like a ‘90s EBM club has been boiled down and distilled into the 4:16 affair. The track sets the tone for the album and the follow-up track, “Into the Fire” doesn’t disappoint or shy away from the established tone. Guitars like a razor’s edge blend with well arranged synths to create a unique aggro/EBM sound that artists like Psychopomps hinted at, but never fully realized. “It’s So Divine” offers up anger and an echoing guitar overtop a poppy synth loop, and the album on the whole uses samples tastefully and appropriately. For instance, “The End of the World” includes samples of the current U.S. President and points a pissed off finger at the governments and corporations responsible for the decline of society. “Pray for Salvation” wraps up the album with an excellent throbbing bass line that gets the speakers thrumming.

From start to finish, Back to Basics is the quintessential EBM album that your friend tried to loan you in 1995, but the CD wasn’t in the case and they kept forgetting to give it to you. Here it is, complete in its glory and bombastic in delivery; a must-buy for anyone who yearns to stomp and get mad for a little while. It’s easy to make comparisons to other artists when listening to Pro Patria; not because anything on Back to Basics is unoriginal, but rather that the album has been informed and inspired by the groundwork laid by those other artists. It’s as if Peter Vercauteren has been frozen in time and, now released, has decided to capture the old school EBM sound in order to figure out what the next evolution of that sounds like. The same “fuck you” punk rock vibe that permeated early industrial and EBM feels alive and just as angry as ever throughout the record. The Back to Basics album title is incredibly apropos as the entire record sounds like it was recorded inside a rusted tin can, metallic and clanging. It’s a perfect fit for the music and enriches the whole album, making it seem like a ‘90s classic that got lost in the shuffle.