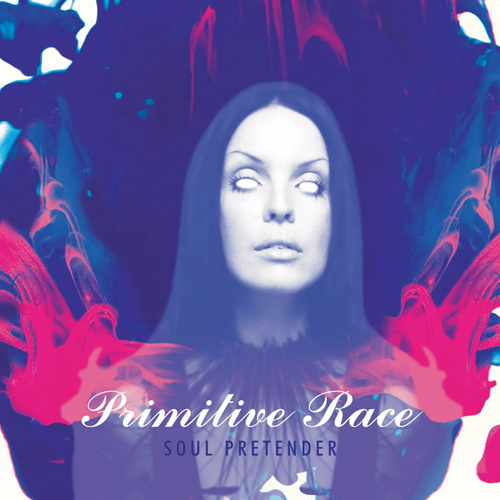 When Chris Kniker first announced the formation of Primitive Race, the industrial scene was quite taken with the notion of yet another supergroup that would feature a diverse cast of celebrated and skilled musicians to create something so outside the norm that it would be legendary. Surely, the Long in the Tooth EP hinted at such a revelation as it signaled the return of PIG after a decade long absence, and while the self-titled debut featured an impressive roster of guests, it was ultimately in this writer’s estimation a disjointed effort that suffered from perhaps the age old adage of “too many cooks.” The core lineup of Kniker, Mark Gemini Thwaite, and Erie Loch seemed to take this heavily into consideration as they began work on a new album with Melvins drummer Dale Crover and the inimitable former Faith No More vocalist Chris Mosley, with remix collaborator Joe Haze offering up his skills as co-producer. As such, Soul Pretender offers up a decidedly more streamlined and consistent album that eschews the caustic electronics and raw industrial textures of the past outings for a lean, mean, post-grunge rock machine.

The first sounds we hear are the rhythmic vocals and strident drums of “Row House,” the interplay between Mosley and Crover with Kniker’s bass grooves immediately setting this new outing apart from what we’ve heard from Primitive Race before. Resonant and fluid guitar lines with subtle traces of distorted atmosphere to enhance the ascending riffs, making for a brief but powerful introductory track. The record follows suit with Mosley delivering a rather nuanced performance that exhibits his melodic strengths, his harmonized baritone croon really adding to the punch of tracks like “Cry Out” and “Take It All,” the latter of which he seems to almost go off-key in a deliberate dash of tonal color that is further punctuated by the chugging riffs and the eerie pianos that close the song out. The same can be said of “Stepping Stone,” its slower tempo and dissonant verse progression evoking a darkly classic feel, Thwaite’s guitar and Crover’s drums amped to perfection with an almost sensual chorus, while the title track slithers with an ominous bass and Mosley’s writhing voice is almost erotically inviting, the twinkling synth accompaniment adding a melodic counterpoint to the marching beat and riffs. “Cranial Matter” would’ve made an excellent single with its fun and driving groove making for some catchy rapid fire vocals augmented by a slight crystalline ambience, along with an irresistible guitar solo, and the organ accompaniment in “Bed Six” adds a quirky, almost spooky and swinging feel that along with the atonal spoken verses is somehow reminiscent of Romeo Void’s “Never Say Never.”

Listening to Soul Pretender is a bittersweet affair given that it would be Chuck Mosley’s final recorded output, having died shortly after the album’s release due to ongoing battle with addiction. In retrospect, there are aspects to his vocal performance that hint at the inward struggle, more so than the lyrics, although it’s difficult to hear him repeat “I’m afraid I’ll lose control / I’m gonna lose control / I’m gonna lose it all” in the brooding and appropriately titled “Dancing on the Sun” and not interpret the song as a confession and a final cry for release. It is indeed a cruel irony that his soulful and darkly emotive voice had helped to bring a sense of cohesion to Primitive Race and result in a solid and poignant sophomore album. Some might be taken aback by the diminished electronic and industrial affects that defined the earlier releases, but the band seemingly found its voice with this record and solidified into a significantly improved, electrically charged rock unit. For this, as well as it being a final farewell from one of modern music’s most eminent performers, Soul Pretender is one of the most arresting releases of the year.

Purchase at:
Amazon CD
Amazon MP3
Storming the Base CD