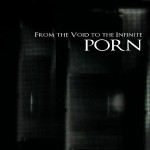 From the Void to the Infinite begins with the dark and ambient sound of “I Died Twice,” a song with excellent electronica sounds that combine with steady guitars and fantastic vocals to create a nice opening blend and mood setter for the entire album. Immediately following is “Not with a Bang,” where the vocals really shine along with the synths, sounding like early ‘90s industrial – not too soft or too heavy, bouncing somewhere in the complete center. Standout track “Love Like War” will not only suck in listeners with its keys, but the drums and bass will get anyone up and dancing while you can almost feel the pain from the vocals shooting through you; a definite must hear from this album. Another notable song is “We Are Weapons (Shoot Your Headers)” on which the guitars take over and the electronica takes a slight backseat, coming across as more rock than some of the other tracks. The same can be said of “The Machineries of Joy,” which picks up the tempo quite nicely as well. Ending From the Void to the Infinite is the dark, tribal, almost ballad like “No Dominion” with its thumbing tribal drums and light guitars that lull and almost hypnotize the listener. Following it up as a bonus is a cover of The Cure’s “Lullaby X,” a well done version in the same style as the other tracks on the album.