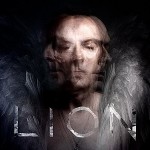 Peter Murphy
Category: Post-punk / Alt. Rock / Goth
Album: Lion
Stars: 4.5
Blurb: Sure to be revered as any of his past albums, the “Godfather of Goth” adopts a harsher but no less melodic edge on his most fervent and concentrated musical effort yet.

Though he is often referred to as the “Godfather of Goth,” Peter Murphy’s creative output over three-and-a-half decades has demonstrated a much broader range of versatility and energy. With Lion, his tenth solo studio album, Murphy presents the fruits of his fans’ labor having come together thanks to a PledgeMusic campaign; as such, he seemed determined to offer up his most powerful helping of music yet. Resulting from sessions with producer Martin “Youth” Glover, each song on the album resonates with aggression and emotional intensity, taking on a much harder edge than he has in recent years in stark contrast to the more classic sound of Ninth, his previous outing.

Throughout Lion, Murphy roars very much like its title would suggest as he reaches for notes higher than we’ve ever heard from him. A fine example is “I Am My Own Name,” beginning with a mélange of Middle Eastern ambience as sustained and screeching violin and guitar lead into a harrowing chorus hook that along with the rising force of the verses makes for an epic track. Similarly, “Compression” starts slowly and quietly, a lush piece of audio noir as Murphy croons in his familiar fashion atop flutters of guitar and synth; then the chorus attacks with a wall of harmonic passion, his voice just slightly cracking under the weight of so powerful a performance. The same can also be said of rockers like “Eliza,” the highly danceable “Low Tar Stars,” the solemn and almost operatic “The Ghost of Shokan Lake,” and especially “Holy Clown,” which given its haunting intro of thrumming bass, chiming guitar, and Murphy’s windy howls and its explosive chorus reminds this writer of David Bowie’s “Cat People (Putting Out Fire)” without being derivative or obvious. Never to shed his gothic image for better or worse, songs like “The Rose” and “I’m On Your Side” are quite the tearjerkers, particularly on the latter track as a pulsating synth bass underscores shimmery guitars while Murphy’s heartbreaking melody booms majestically, while “Loctaine” features a breathy, almost whistling synth atop a steadily rising procession of orchestral grace, Murphy settling back into his more comfortable range to great effect.

There are certainly parallels to be drawn between what Murphy has achieved on Lion and the sound of Killing Joke, due in no small part to Youth’s production and co-songwriting; there are times, given the degrees to which Murphy pushes his voice into higher and more abrasive registers, that he bears a slight but palpable resemblance to Jaz Coleman. This is hardly a deterrent as Lion is undoubtedly Peter Murphy’s most fervent and most concentrated musical effort yet; the songs are as engrossing and as melodic as any he has ever recorded, but with an added sense of timeless power, sounding both of and ahead of its time. Lion is sure to be as revered as any album in his past oeuvre and may in fact be one of the best albums of 2014.