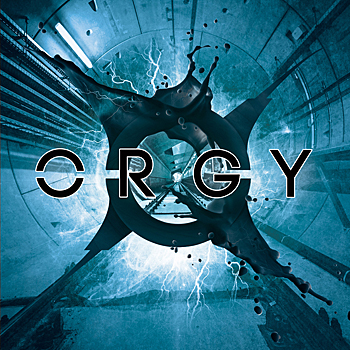 When any band continues under the banner of a single member, there is bound to be a fair amount of criticism and dissent on the part of an audience that would prefer a reformation of the original lineup; of course, this has done little to faze Jay Gordon as he carries on the Orgy name with the Talk Sick EP being a prime example of his resolve to take the band in a new direction. While 2012’s “Grime of the Century” was but a hint of where that direction would lead, the seven songs on this EP demonstrate his propensity to incorporate a more heavily electronic element than was ever present in the band’s past, undoubtedly inspired – at least, in this writer’s estimation, partially – by his own EDM predilections with Kill-O-Watt, along with the simple human need to shed the trappings of the past and bring Orgy into the present. With the new lineup featuring guitarists Carlton Bost (The Dreaming, Lunarclick, Deadsy, et al.) and Creighton Emrick, bassist Nic Speck, and drummer Bobby Amaro, Talk Sick strives to be an energetic and modern spin on the death/pop electro-meets-nü metal sound of old, and indeed, from the onset of the opening title track, this would seem to be the case as squelching synths mesh with equally aggressive guitars amid an infectiously danceable beat, Gordon’s highly melodic voice indulging in some less-than-subtle wordplay that will surely remind many fans of the likes of past hits like “Suckerface” or “Dissention,” albeit with the production finesse of modern EDM/electro. Tracks like “Wide Awake and Dead” and “Spells” certainly shine with instantly catchy choruses that are almost impossible not to sing along with, while the marching rhythms and throbbing bass of “Come Back” plays well with Gordon’s rapid-fire vocal attack that would have easily fit on any past Orgy release, the skittering synth and guitar matching pace as the song progresses. On a musical level, “G Face” is perhaps the clearest indication of Orgy’s newfound embrace of the current trends of EDM in mainstream pop and rock music, complete with a soft piano-led bridge and choppy drumbeats suitable for a sporting event rally; not that this is a bad thing, except that it finds the band following rather than forging the trends of the day. Similarly, the heavily manipulated backup vocals that pervade the familiar melodies and progressions of “Monster In Me,” while well executed, are all-too-common and do little to differentiate Orgy’s take on these styles. Topping off Talk Sick’s weaknesses is Jay Gordon himself, his voice bearing a much more nasal tonality than it ever did, which becomes quite difficult to endure as the EP progresses. But worse than that is his lyrical content, with “Suck It” being the worst offender for its brazen misogynist bent as he unapologetically sings, “Don’t fight it, let me in, I don’t need another friend, we can fuck the night away,” and “I don’t want to love you, sex and lies is what I do;” intentionally trashy though it may be, it lacks in any sense of irony and comes across as rather tasteless. Add to that the references to Red Bull giving him wings, Jedi with light sabers, and a near constant use of the word “bitch” to refer to women, and Gordon’s lyrics tend to come across as a tad bit juvenile, leading this writer to question just what audience he is attempting to reach with this new version of Orgy. It’s a shame, actually, because the Talk Sick EP is strong in its production and overall arrangement; the songs, while not groundbreaking, are constructed well for what they are (albeit with a certain repetition of structure that can grow tiresome after repeated listens), showing that this lineup is more than capable of making a record that sounds good. Alas, the weakest link in this band is the very component that holds it together. Of course, bearing this in mind, it’s doubtful that even referring to this version of Orgy under a different moniker would have helped cure any of the Talk Sick EP’s shortcomings.