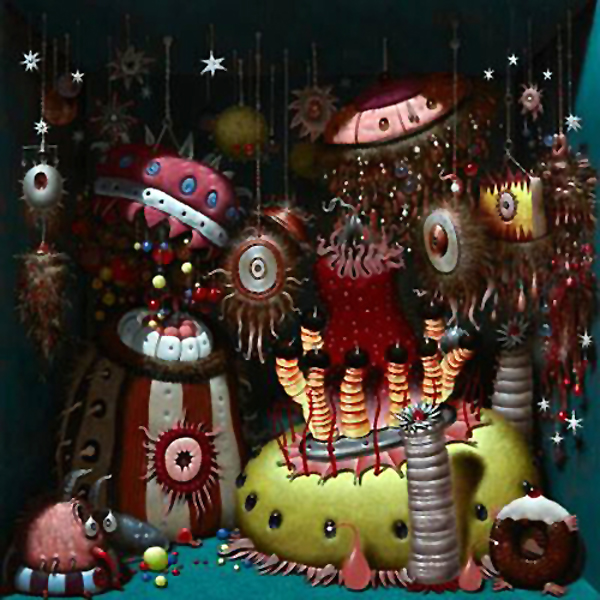 Orbital
Category: Electronic
Album: Monsters Exist
Blurb: The Hartnoll brothers are back for their tenth studio album where they take both a darker and lighter approach with mostly positive results.

In case you might be unaware, Orbital is one of the main acts out of the ’90s electronic movement. For almost 35 years, Paul and Phil Hartnoll have combined elements of techno, acid, house, and breakbeat into a hard-to-define genre mashup, gradually evolving into a band less interested in dance music and more with songwriting in an even harder-to-define blend. They originally hung up their hats after the pretty well received Blue Album in 2004, which was seen as a return to form after the goofiness of Altogether. Then after a break of eight years, the brothers got back together to release Wonky in 2012, which had updated production techniques, but still had Orbital’s signature simple, yet effective, synth sounds. Six years and another dissolving/reformation of the band, the Hartnolls are back at it with Monsters Exist, promising to be “back for good.” They still sound distinctly Orbital, although in a harder-to-define version.

The album starts off with its darkest and lightest tracks back-to-back. The opening track, “Monsters Exist” has a distinctly darker tone than most of the rest of their work; it’s slower, the bass is more menacing, and has a synth line that partially sounds like someone screaming. Then they follow this up with “Hoo Hoo Ha Ha,” providing the listener with complete tonal whiplash as it has an almost corny sounding melody played with keyboard trumpet sounds and a bouncy house beat. Then the album goes even darker with “The Raid.” It’s slower, with even more menacing live drums and heavier bass than the title track, but with an even better melody to keep it together and a heavy cinematic feel to it. This is followed by the album’s two singles, “P.H.U.K.” and “Tiny Foldable Cities,” which both use a more upbeat sound palette, although the former track uses it to make a simple and danceable melody, while the latter uses to create something resembling a classical piano piece before settling into simpler sounds and breakbeats. After that, the album evens out. There are slower, somber tracks like “Buried Deep Within,” “Dressing Up in Other People’s Clothes,” and “End is Nigh,” but the album also has the more traditional sounding Orbital dance tracks like “Vision OnE” and “Fun with the System,” along with “Kaiju” and “To Dream Again,” which both seem to infuse a more modern EDM flair. The final non-bonus track, “There Will Come a Time” features a monologue from Professor Brian Cox – this sort of pairing is absolutely nothing new to Orbital as the band has been adding bits of scientific social commentary since 1994’s Snivilization, finally managing to obtain their own original snippet when they teamed up with Stephen Hawking during the Paralympics in 2012. With Professor Cox, the results are similar, but with the song built around the monologue as opposed to merely sampling him; the music mostly holds up without Cox in the instrumental version, but not as strongly.

While Monsters Exist is significantly longer than Wonky, it is a case of quantity over quality. It’s not a bad album at all, but the songs don’t stand out as much as on Orbital’s past outings, likely relegating the album to the status of a collection of deep cuts. That said, this writer is still very glad that the brothers are making music yet again, and they still sound like Orbital. Monsters Exists is worth a go if you are a fan, but not a good entry point for new or casual listeners.