Nothing but Noise – Not Bleeding Red1 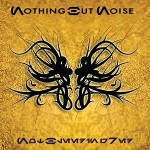 Nothing but Noise
Category: Electronica / Industrial
Album: Not Bleeding Red
Stars: 4
Blurb: Front 242’s Daniel B. delivers dark and cinematic sci-fi soundscapes with Nothing but Noise.

Daniel B. and Dirk Bergen of Front 242 have teamed up with fellow musician Erwin Jadot to produce another successful production entitled Nothing but Noise. Their first album, Not Bleeding Red is a tour de force of techno-cosmic wonder; a dark dream constructed of sounds and compositions Daniel B. has reserved from decades of musical exploration, revealing depths fans of more mainstream electronica could never imagine industrial music capable of. Not Bleeding Red is not for fans demanding pounding drums, screaming guitars, and screeching vocals to satisfy their lust for computerized audio mayhem; not that there’s anything wrong with either taste. Even Baskin-Robbins has 31 flavors for a reason. But beyond jackhammer hits like The Downward Spiral’s “Heresy” or just about anything from Combichrist, there is a realm where industrial music goes back to roots more classical than rock, more Beethoven than blues.

Industrial enthusiasts already familiar with the other productions individual members of Front 242 compose on the side will find that Not Bleeding Red is exactly what they want. It’s always cool when one of your favorite artists delivers an album from an angle you didn’t expect, although you can hear similar rhythms and themes in the more slow burn kinds of songs Daniel B. and the band has given us before, Nothing But Noise is on a completely different wavelength than what 242 fans are used to. Daniel B. has said that he was inspired by Manuel Göttsching and early Tangerine Dream, but fans of the Blade Runner soundtrack by Vangelis or the scary synthesizer compositions of John Carpenter will notice a similar mood with each song. If you listen to the music from Carpenter’s Prince of Darkness or The Thing, you’ll notice similar themes, from the haunting, mysterious keyboards to the dirge-like, droning bass letting you know when the darkness in the storyline had just started to really turn to black.

The first track, “Marcel Proust (Vlegm)” opens up with only a few tentative digital tones evoking mental images of gleaming, monolithic starships docking somewhere off of the shoulder of the Orion Nebula. More notes are introduced until the song unveils itself through soft distortions, alluring drones, and evocative chords that build off of each other until you are breathless, waiting for the rest of the song to soar off to voids in the imagination as deep as space. The vintage synthesizers complement the album with every track, proving that Nothing but Noise are consummate masters of the technology, understanding how to get the most out of the keyboarding by combining the sounds in ways composers decades ago had yet to even begin to dream up. Later tracks deliver in ways you didn’t know you wanted, such as the quietly terrifying “Silenzio Monofoniche” or the final song, “3.14 Sequence,” which is at once unnerving and haunting as it propels Not Bleeding Red to its dramatic conclusion. The angelic, gliding tones that draw your ear higher and higher towards the final, driving chords that bring you back full circle to the arrangements found within “Marcel Proust (Vlegm)” reward the listener who enjoys synchronicity. The crescendo features everything from static to distant voices to electric guitars, fading away to silent infinity with machine precision.

Released by UK independent label Future Noise Music, Not Bleeding Red is gorgeously packaged in a double CD boxed set that will delight any collector. The cover is black and gold, decorated with patterns at once tribal and technological, with plenty of extras (including art and photos) to share with fellow enthusiasts. If you buy the album on vinyl, the two-album set includes a hyperlink to download it all in *.wav format, something every band out there should think about doing. If you like to remix music, that’s good news for you, too. The band is planning to release just 111 of them in transparent red vinyl, so if you really want to impress the guests who like obscure industrial, reserve your personal copy via the band’s website.