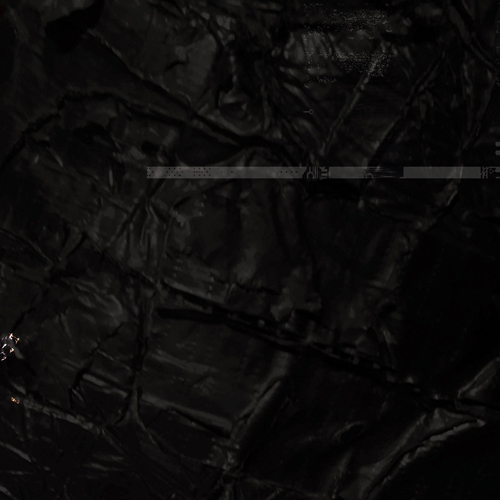 Nahja Mora
Category: Industrial / Experimental
Album: As Death
Blurb: As inviting melodies struggle to be heard amid cackles of sonic chaos, the third album from this Baltimore industrial group continues down an experimental path that will surely test the listener’s endurance with rewards both subtle and gross… but not for the timid.

If one were to examine the thematic trajectory of Nahja Mora, from the realization of the self on Actualiser to the death of the spirit on The Trees See More, one might imagine that the next entry in the band’s discography would take a turn toward pastures even darker. With this third album, band founder Josef Saint explores what he refers to as “the true goal of existence” as something “very soothing and consoling,” making As Death seem like an appropriate title for some ultimate embrace of oblivion. However, it would be a mistake to simply dismiss the record as a soundtrack to some grand notions of death, although its bleak atmospheres would support such a notion. Saint and his cohorts push their sonic explorations to the utmost of their abilities on this album, testing the listener’s endurance to the limits of discord, all the while infusing moments of sublime musicality.

For instance, we have a track like “Away to Shadow,” on which throaty bass sequences underscore layers of synthetic melodies and disconcerting vocoders, the beats weighty but also restrained to allow the listener to drift into a place both harmonious and dissonant. As well, there is “Crystal Rot (Hybrid),” where steady, almost jazzy beat and Jenny Rae Mettee’s bass lines play alongside a stuttering ambience, noisy synths, and emotive but jarringly off-key and heavily effected vocals, while the seemingly disjointed progressions of “This is Not Hopelessness,” moving from an intro of icy pads and insinuating rhythms to an explosive barrage of noisy drums and haunted vocals, and then to the forceful thrust almost gabber-like in its fury is almost reminiscent of Download circa The Eyes of Stanley Pain. “All (Destroyed)” is another notable track on the album for its inherent catchiness, with trickling pianos underscoring a simple but striking bass progression, the synths reminding this writer of something out of a John Carpenter film score, but it is the steely bass synth of “Pouring Glass” that makes the track an instant standout, the pianos and trippy beats creating an atmospheric procession that bears a flavor all its own; it’s truly one of Nahja Mora’s most accomplished tracks. Other tracks on the album like the 41 seconds of distant and distorted voice loops on “Wound,” the darkly celestial echoes and harshly mechanical beats of “Block” recalling the likes of early Autechre, and the calmly pensive NIN-esque “Lobby Entrance” all make satisfying interludes to complement the almost orchestral grandeur of more robustly constructed tracks like “Seeming Form” or “The Medium,” both of which assault the listener with the unnerving chaos of mangled samples and despondent percussive grooves, the resonant pads hinting at melodies struggling to be heard in the miasma.

Like the previous outing, As Death concludes with a series of remixes of various tracks from throughout Nahja Mora’s discography, with the band’s own Mercury remix of “Losing Teeth” being especially notable as it injects a vicious shot of adrenaline into what was already a rather punchy track. The same can be said of Fun Never Starts’ interpretation of “Dream Dead,” which offers a new arrangement that retains the melancholic nuance of the original, leaving Unter Null to close the album out with a dance floor version of “Removal.”

As with Nahja Mora’s first two albums, As Death is a difficult listen, even for those who favor styles of industrial that blend sophisticated songwriting with unrelenting production. With longtime associates like Mettee, Hobart Blankenburg, and Hemlock MacNamara, Saint’s skills at crafting tracks that yield inviting melodies amid repellent clamor are quite apparent throughout the band’s oeuvre, taken to an extreme on As Death that results in some of his sharpest and actually quite beautiful moments amid others that will require a lot of patience and desire to penetrate. The rewards for braving such an ordeal of audio onslaught are certainly ample enough, but it is quite clear that Nahja Mora’s stylistic and thematic progression is only going to become more uncomfortable… if we’re lucky.