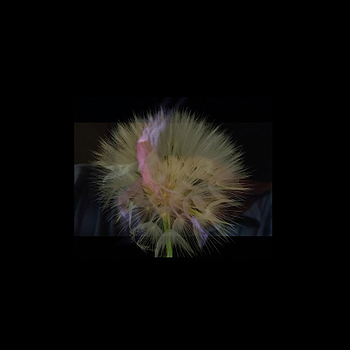 Nahja Mora
Category: Industrial / Experimental
Album: Actualiser
Stars: 3.5
Blurb: Themes of desperation, isolation, and the realization of the self through its own destructive abound on this debut EP from one of Baltimore’s most excitingly experimental musical entities.

Hailing from Baltimore, Nahja Mora is the brainchild of one Josef Saint; educated in video and audio engineering, and originally conceiving Nahja Mora in 2005, it’s clear from the sounds on this debut EP that every musical and artistic lesson has been well learned. Actualiser is true to its title as the eight tracks sprawled across explore varying themes of self realization in reverse, through the gradual breakdown of the self “to examine what one would become.” From the onset of “Bee Venom” with its ominously trickling synth underscoring recordings of an old lady in fear of a stalker, the EP begins on a note of impending dread, the track erupting into a noisy display of screams, thunderous electronic percussion, and sustained pads. It plays almost as a soundtrack not to the act or the results of stalking and murder, but rather to the murderous intent itself, the inner conflict of the stalker, the noise of a sick mind trapped between the lust for violence and the subsequent confusion of guilt. “And T” proceeds further into the miasma, taking on a more subdued but no less disconcerting atmosphere as a throbbing percussive pulse plays beneath subtle pads that steadily give rise to ever heightening tension of glitch-laden distortion and steadily increasing tempos. Throughout Actualiser, Saint ensures that no sound or sample is left untouched, appropriately mangled beyond recognition – all elements in an experimental sonic concoction to explore the deepest recesses of a disturbed mentality. Drum machines are brutalized to such a degree that one would be hard pressed to find anything resembling a standard beat structure, while the fine line between synthesizer and organic, physical ambience is blurred. For instance, “Moth Tree” travels along a choppy beat and plucked Oriental strings, a metallic beat kicking in as indecipherable vocals wax and wane to create a delightful cacophony that is so close to melodic that it brings to mind the noisier moments of Skinny Puppy’s Last Rites. “Losing Teeth” may be the closest thing to a danceable single that Actualiser possesses, the beat maintaining a steady flow with a dissonant but infectious bass and piano line, the vocals distorted beyond hope of comprehension, while “If They Do Not Lie They Cannot Live” and “Untitled” are notable for their minimal placement of light synthesized melodies with only subtly dark ambience in the background to instill a moment of reflection and deceptive calm. At a little less than 26 minutes long, Actualiser not only does well to convey Nahja Mora’s thematic and musical concepts clearly and quickly, but given the emotions at play, it is probably to listeners’ benefit that they are not forced to gaze into the abyss of a tortured soul for longer than is necessary. One can surely expect that whatever journey Josef Saint’s next outing will take us on, it may not be the most pleasant, but it will be an experience not soon forgotten and one not to be dismissed.