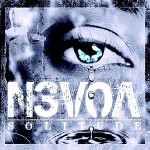 N3VOA
Category: Electro / EBM
Album: Solitude
Stars: 2
Blurb: From its lyrical shortcomings to its adherence to the standards of dark electro/EBM, this Brazilian artist’s debut is full of emotion but lacking in much depth.

Having honed his musical abilities as a drummer for a death metal band before switching to guitars and eventually keyboards, Diego Bittencourt certainly has a lot going for him with this debut album under his N3VOA moniker. With production assistance from Neuroactive’s Jarkko Tuohimaa, Solitude exhibits every bit of passion its title might convey; as the album is dedicated to his late father, the album teems with electrified bittersweet atmospheres that evoke Bittencourt’s emotions of loss and longing. Unfortunately, it is only with the benefit of this context that the album manages to make any sort of impression as its dark industrial overtones and rather typical mix of danceable beats and rich but ultimately familiar synth tones are tried and true to the point of convention.

While the presence of the occasional piano, especially in the opening title track, and more so in the slow and introspective “Deceiver,” does add a nice touch, every pulsating bass line and sharp melody sound very passé. Even in the fluid open of “Still Standing” leading into a punchy and rather catchy bass line amid breakbeats that Paul Oakenfold would be proud of, or the staccato stabs and subsonic warbles of the bouncy instrumental “Stare Down the Ghosts,” can one immediately hear the traces of nearly 20 years of electro-pop/EBM development, with N3VOA offering virtually nothing to the sonic table beyond the lyrics; and even in these does the album falter, mainly due to its pervasively dark imagery lacking in any sense of nuance. Not that they need be works of poetry, and it might be forgiven as Bittencourt hails from Brazil so English is likely not his first language, but with lyrics like “Exhale like the air is taking with it the negative toxins” on “Lost,” or “The pain I feel is forever real” on “Faith No More,” one must be thankful for the incoherence in the lyrics granted by the abundance of vocal effects. As such, Bittencourt’s vocal shortcomings also come to the fore as he delivers each song with a standard whispered rasp perhaps more influenced by his metal past, but no less cliché here.

As is to be expected, Tuohimaa’s production certainly helps to make Solitude a rather slick and cold sounding record that does well to convey Diego Bittencourt’s emotional intent; however, this only goes so far as in even the Neuroactive remix of “Solitude” that closes the album out, there is little to distinguish it from the original opening mix beyond its heavier and sharper percussion arrangements. One must certainly feel for Bittencourt as he has clearly infused his most heartfelt thoughts and feelings into his music, but without making any strides past the conventions of the electro/EBM genre and lacking in any lyrical weight, it feels less a profound statement of grief and more a bitter whine.