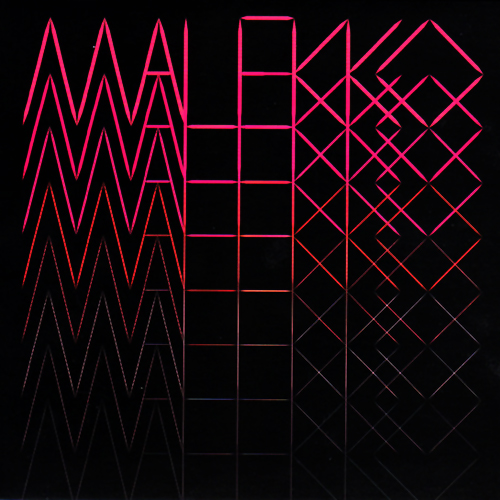 Malekko
Category: Industrial / Electronic / Rock
Album: Malekko EP
Blurb: Two of the industrial scene’s most prominent figures continue their powerful partnership with a new band that could easily stand up to anything they’ve yet done.

To say that Chris Connelly and Paul Barker are two of the industrial scene’s most significant figures would be a grand understatement. Besides being alumni of MINISTRY, Pigface, and the Revolting Cocks, they’ve each carved their own particular niches in modern music under various guises and projects, with Connelly making his way as an established author and Barker co-founding Malekko Heavy Industry, manufacturing synth modules and guitar effects pedals. On the second night of the 2017 ColdWaves VI festival, the duo premiered a new band, sharing the Malekko name with Barker’s company, and with Peter G. Holmström and Joshua Holley rounding out the quartet.

While the self-titled EP may be difficult to obtain, this writer having been given a copy directly from Mr. Barker, these five tracks present some of the most vital and rigorously creative output that he and Connelly have produced together. Throughout the EP is a virulent and even primal energy, with “Fate Won’t Conduct” blasting out of the gates with pummeling martial beats, insistent bass lines, and droning electronics topped off by layers of Connelly’s distinguished Scottish howls. All the while, Holmström’s resonant guitars scream with a crystalline shriek that grounds the music in an almost post-punk vibe not unlike the earliest sounds of Killing Joke. In a similar vein is the animal onslaught of “Last to Fall, Repeat, Fall,” the drums and the subtly effected vocal shouts giving the track a militaristic rhythm, while “I’m Slowly Breathing, Listen” offers some dramatic guitar feedback to offset the monotone delivery of the vocals; ironically, this song yields one of the EP’s catchiest choruses with the line “You don’t have to be scared to be nervous” ringing absolutely true given Malekko’s sonic brashness – not oppressive, but certainly not inviting. Holley’s textural savvy is on full display as the dramatic and melodic “Cadence and Landscape” gives us some strongly pulsating electronics, Barker’s caustic bass and Holmström’s crying guitars dancing around the beat while Connelly sings in his impassioned Bowie-esque brogue, cool and desperate. “The Whisper in Me” ends things with some spazzy and ominous electronics, the growling thrum of the bass driving the track until the last minute when a repeating guitar phrase enters to fill the speakers with a distorted miasma that brings the EP to a disconcertingly sudden close.

There is a swagger to Malekko’s music on this EP; the beats are mechanical and precise, but with force and fuzzy effect that gives it a vintage organic ambience that is only accentuated by the cry of the guitar and the hum of the bass, moving with a stridence that recalls Barker’s work in Lead into Gold. Similarly, Connelly seems to be reveling in a bit of rock star abandon, his melodies often simple and rooted to the music’s own particular cadence. There is a muddiness to the production that is anything but unpolished; on the contrary, every sound of this EP seems finely crafted to create a very specific effect of hearing every element clearly amid a tonal haze. Perhaps the EP is a showcase of Malekko Heavy Industry’s creations, but more than that, it’s a fine first outing from a band that could easily stand up to anything Connelly and Barker have yet done.