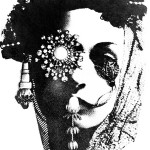 Lowe
Category: Synthpop
Album: Evolver
Stars: 3
Blurb: Both upbeat and gloomy, Lowe is at its best when it successfully merges the two tones.

This Swedish synthpop act – now a trio – returns with its third studio album, Evolver. Independently released on the band’s own record label, Megahype, and distributed via WTII Records, Lowe offers up a brand of synthpop that at times unsteadily attempts to traverse the gap between grim melancholy and blissful cheeriness, but finds solid footing in the ground between the two.

As with most synthpop acts, the vocal component is one of the most striking features of Lowe, and Leo Josefsson’s warm and inviting voice makes the exceptional vocal hooks of tracks such as “Mirage” and “Breathe In Breathe Out” all the more successful. These tracks also excel due to their lively and varied composition and carry a bit of sorrow with them despite their peppy beat. Unfortunately, there are tracks like “Alpha Bravo” and “Adorable” that seem to be going for a grittier feel, but end up far too bland, repetitive, and lifeless to be saved by the vocals and, in the case of “Adorable,” drag them down to the point that they feel forced. There is also the other side of the coin with “Live to Love,” which is so exceptionally exuberant and sickeningly sugary it’s hard for it not to garner a comparison to Erasure. “Alone in the Dark” and “EdT” offer closing reminders that Lowe is at its strongest when it strives for the bittersweet with “EdT” managing to end the album on a moving and lovely note.

While Evolver certainly isn’t an evolution of the synthpop genre, it’s generally a solid and enjoyable album of touching work highlighted by Lowe’s skill at putting its best foot forward. Occasional hiccups and tonal shifts do distract, but when Lowe firmly settles into its combination of upbeat rhythms coated in a glaze of sorrow and lovesickness, they absolutely impress. This is just a case where one needs to learn to forgive Evolver its more manic moments in order to better appreciate the whole package.