Lead into Gold – The Sun Behind the Sun0 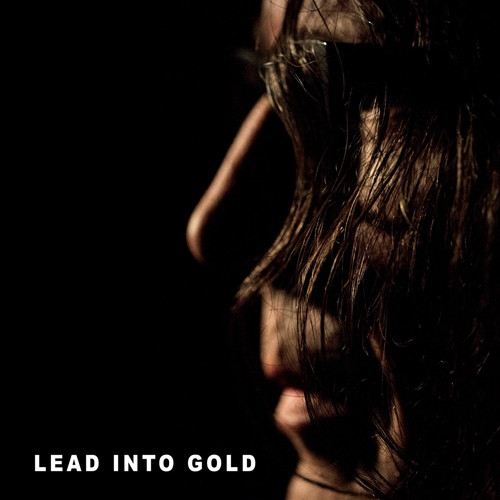 Lead into Gold
Category: Industrial / Coldwave / Noise
Album: The Sun Behind the Sun
Blurb: Neither nostalgia trip nor post-modern reinvention, Paul Barker returns to Lead into Gold with the project’s first new album since 1990, containing eight new songs sure to please devotees of the classic WaxTrax! era, but with a revised approach.

Of all of the MINISTRY side projects, Lead into Gold stood out among them; effectively a solo outlet for bassist and producer Paul Barker, the project enjoyed a brief but powerful period of activity with a series of single and EP releases on top of the Age of Reason album in 1990, which yielded the underground classic “Faster Than Light.” In 2015, Lead into Gold returned as the long lost Low & Slow EP was finally newly released via WaxTrax! Records, with Barker bringing the band to the stage at Chicago’s ColdWaves IV, leaving many to wonder when or even if he would return to his industrial alchemical experiments for a new studio release. In 2018, Barker delivered his answer, first with the A Savage Gift single, and then followed by this, the first new full-length Lead into Gold album in 28 years, The Sun Behind the Sun.

Throughout the album’s eight tracks, Lead into Gold presents an abrasive yet melodic brand of coldwave, full of driving rhythms, noisy backdrops, and topped off by Barker’s distinctive vocals. Songs like “We’ll Take Tomorrow” with its thunderous industrial/dance beat and caustic synths underscored by faint samples of pained shrieks, or the insistent and forceful swells of horns, distorted samples, throbbing synth/bass, and Wm Rieflin’s ritualistic drumming in both the opening track “Hard Won Decay” and the closing title track immediately place the listener back to the heady days of the early ‘90s, updated with a gritty production style that is characteristically modern but without sacrificing the necessary bite. The same can be said of “X 0000” as scratchy, buzzing synths and subsonic murmurs create a disconcerting bass line with light bursts of Branden Harper’s sparse and very deliberate percussion, the subtlety of Barker’s vocal effects working in tandem with the electronics to augment a nightmarish vibe while also belying the vulnerability of his melodic and less-than-perfect singing style. As well, “No.3 vs No.1” presents sophistication in simplicity, Rieflin’s dirty but dynamic drumming along with Barker’s bass thrums proving why the pair are still second-to-none as rhythm sections go in the industrial music scene; a flagrant atmosphere of virulent samples that once again alternate between a violent and sexual tone, with Lorrie Kountz’s fluid guitar lines adding subtlety and texture without ever calling too much attention to themselves, as Barker’s voice takes on its most seething, teeth-grinding quality on the whole record.

This isn’t to say that The Sun Behind the Sun isn’t above reproach as some elements may require a more patient and discerning ear to endure. For instance, “To the Throat” sounds like a factory in the throes of a nervous collapse as it clamors and clanks with a rather slow and insidious mechanical groove, the vocal effects and monotone synths adding to a disaffected and rather disturbing vibe that does actually start to drag a bit towards it’s end. It’s only with repeated listens that this writer took lyrics like “This is the cut you know you want… but make it deeper / This is the sound you know you want… now make it sweeter” to heart, with the sustained length proving necessary to heighten the listener’s anxiety. This is also true of the closing track, with a resonant and angular bass melody gradually overtaking the song during the repeated phrases of the coda as Barker sings “This moment rejects all others without resign,” as if to make a grand statement about his artistic approach and his return to Lead into Gold after such a long absence. But the true anomaly on the record in this writer’s estimation is “These Unknown,” which somehow sounds more lo-fi with the reversed orchestral samples, steely bass, and strident electronics, as if its base track were an outtake from the project’s early days.

Comeback albums always present that dichotomy of trying to present a fresher approach to the sounds of old, the artist hopefully flexing some creative muscle and exhibiting growth without losing the essential initial qualities. Lead into Gold certainly does this, but in an unusual manner that is neither a nostalgic return to the glory days of WaxTrax! era industrial nor a post-modernist reinvention. The Sun Behind the Sun bridges together the funky grooves and slithering melodies of old with a noisier, more singular and uncompromising approach. Is it classic or contemporary? Is it familiar or fresh? Neither… and both. Lead into Gold exists in a different sonic realm entirely – one that, like the song said, “you know you want.”