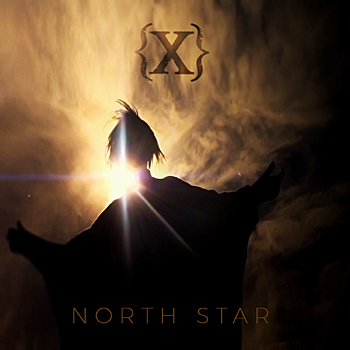 IAMX
Category: Electro
Album: North Star (Single)
Stars: 4
Blurb: Chris Corner launched two remixes of one of his project’s fiercest singles and he enlisted the artistic firepower of some very talented artists for separate mind-blowing versions of one of the most high-powered tracks in IAMX’s discography.

IAMX shelled out the highly celebrated release of its sixth studio album Metanoia in 2015, and Chris Corner still continues to power through the world of music with his darkly captivating and imaginative compositions. In addition to Metanoia, Corner released North Star via Metropolis Records as a three track single that includes reworks by Mr. Kitty and Future Funk Squad, which compare and contrast two brilliant approaches to the song. Both of these artists are highly respected in the industry; Future Funk Squad – a.k.a. Glen Nicholls – being a British remixer and producer who’s come together with talent such as NIN and Massive Attack, and Mr. Kitty – a.k.a. Forrest LeMaire from Austin, Texas – who describes his creations as “self-destructive synthpop” and has collaborated with artists like Purity Ring, Assemblage 23, and Aesthetic Perfection. Corner hand selected Nicholls and LeMaire for their renowned ability to create unique twists to songs to give them more depth and substance. Future Funk Squad’s approach to “North Star” placed focus on atmospheric soundscapes accompanied by droning bass lines and intricate programming throughout his rendition. The remix has moments of increasing momentum with buildups and breaks that dismount into hard-hitting beats and quiet segments where Corner’s haunting lyrics shine through over the rising current of intensity. Mr. Kitty, on the other hand, went straight for a clean electro/goth dancefloor feel within seconds, blasting off with surging rapid rhythms along with synths, giving it a dance hit feel. Both of these versions have a strong rhythmic dynamic and body-moving feel that do the original single mix justice. This short release is not only a show of force by Corner but also testament to the production skills of LeMaire and Nicholls, and also a great addition for IAMX fans, avid music collectors, and DJ’s. With the Everything Is Burning mini-album release, which is an addendum to Metanoia, and the Everything Is Burning Tour in 2016, we can be sure that we’ll be hearing more outstanding reworks like North Star in the near future.