Headspace – All That You Fear Is Gone0 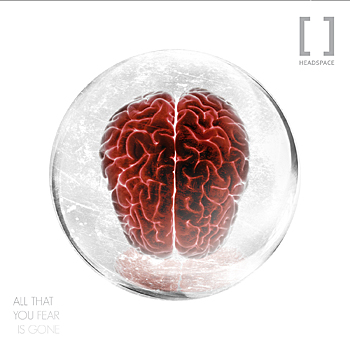 Headspace
Category: Progressive / Metal
Album: All That You Fear Is Gone
Stars: 3.5
Blurb: Effective songwriting balanced with technical mastery from a group with enough credentials to please prog/rock and metal fans.

Adam Wakeman comes from what some might consider the progressive music aristocracy – besides being a son of the renowned Rick Wakeman, he’s amassed quite an impressive resume of his own, having worked with the likes of Annie Lennox, Spice Girl Victoria Beckham, and most famously as a keyboardist and guitarist for Black Sabbath and Ozzy Osbourne. In 2006, he formed Headspace with Threshold vocalist Damian Wilson, with no greater aspiration than the joy of making music with friends. Following 2012’s I Am Anonymous, All That You Fear Is Gone shows Headspace continuing to forge its own path with each member of the band displaying his own instrumental mastery with complex rhythms, harmonies, and arrangements, all the while taking care not to forget how to simply write a good song.

An excellent example is the delightfully sparse “Polluted Alcohol,” in which steely slide guitar evokes a darkly western vibe, the keyboards subtly adding some accompanying ambience while Wilson’s voice soars emotive and charged. The track gradually builds on itself, the drums and off-kilter piano arpeggios kicking in as the vocal harmonies evoke an almost ghostly quality befitting of the song’s tone. As well, the title track is driven by a lovely bevy of classical guitar, slowly and beautifully setting the stage for the lush keyboard and vocal arrangements, while “Borders and Days” is quite romantic and catchy, perhaps even radio-friendly in its saccharine melodiousness. Perhaps the best indication of this juxtaposition of technical skill with poignant songwriting is the 13-minute-long opus “The Science Within Us,” as it flows effortlessly from quieter passages that are at times poppy, at times jazzy, into explosive displays of technical wizardry, Wakeman’s keyboards and Pete Rinaldi’s guitar firing off intricate yet tasteful solos. Bassist Lee Pomeroy and drummer Adam Falkner deserve special mention for providing so dynamic and skilled a rhythm section, creating a solid foundation that does well not to distract from the bravado of the three soloists without missing the opportunity to put on their own occasional and very subtle flights of instrumental fancy. “Semaphore” is an excellent example of this, for once Wilson’s voice enters with a deceptively simple melody that generally revolves around two chords, the drums and the bass take this opportunity to almost dance around the listeners’ ears and play with their sense of focus.

While I Am Anonymous was perhaps more direct in its musical showmanship common to the genre, this album takes its time. The songwriting is effective enough to win over those whose patience is usually tested by the extreme chops of such skilled musicians, making All That You Fear Is Gone enjoyable enough to reach past the progressive audience without completely alienating them. Every element of the band’s music is carefully crafted and performed with precision and power, but that is perhaps to be expected from a band whose members possess as much prog/rock and metal credibility as Headspace.