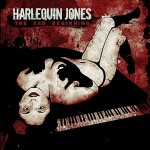 Dark cabaret seems to lend itself to sardonic wit, often full of lyrics and themes that reflect the vindictive bitterness that so frequently comes with heartbreak. Having released a self-titled EP in 2006, the duo of Amanda Von Loon and Jess Arcadio – collectively known as Harlequin Jones – now presents The Bad Beginning, featuring six songs that are somber as they are sarcastic. “Carve the Crap” begins with a steady piano and drum romp with a shimmering guitar accompaniment from Tim Wilson, Von Loon’s smoky voice soaring with acerbic passion that immediately brings to mind comparisons to the likes of Amanda Palmer or Nick Cave. The rest of the EP follows suit, with “Unsought” featuring some interesting rhythmic progressions, while “Will o’ the Wisp” slows the tempo with a whimsical beat and vocal rhythm, along with Wilson’s noisy guitar fill in lieu of a standard solo, Von Loon’s deliberately imperfect voice often falling just out of tune to add flavor and dissonance. By “The Epic Song,” the EP begins to wear a tad thin as the tonal variety Harlequin Jones presents becomes all too familiar, with “Bold as Brass” ending with a slinky bass accompaniment that with the bluesy, sneaky progression coming across like the soundtrack to a comical mystery or farcical crime drama along the lines of The Blues Brothers or The Pink Panther. All in all, The Bad Beginning is anything but bad. The band presents a distinctly simple and effective form of dark cabaret that has little need for any gratuitous stylistic frills. Alas, this is as well the reason the music begins to fall flat, for while the performances are impressive with Arcadio’s excellent touch on the drums and Von Loon’s proficiency on the piano, and the songwriting markedly catchy, there’s little to distinguish the band’s sound from that of virtually every other in the genre. The Bad Beginning is enjoyable enough, but it does little to stand out.