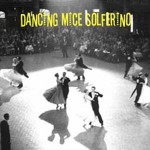 This offering from Scottish electronic act Dancing Mice has the feel of musicians who have just discovered all the different sounds a synthesizer can make. As a result, they try to fit in every possible sound they can in what sounds like an experiment in the possibilities of electronica.

Most of the resulting sounds from this trial range from the nondescript “Blue Screen,” the horns at the beginning of this track giving the impression of an ‘80s pop ballad, adding to the innocuous sound, to “Poison,” an interesting electro-tango that features so many different pieces of melodies that it can’t seem to find its own groove. Several tracks feature high-pitched, tinny electronic loops that fight with, rather than complement, the core rhythm, like on “Nunc Dimittis,” where the strong guitar and haunting chanted vocals are overpowered by distracting sound effects, and “Roger’s World,” where rattling effects at the end ruin the palpable mournful atmosphere.

However, there are spots where the experiment pays off and the sounds come together in more satisfying ways. On “(We Were) Always On Our Own,” while the background is too busy and again interrupted by high-pitched sound effects, the compellingly airy main melody and emotional lyrics – “How could all these days have ended / One last look into your eyes before you go” – make it worth multiple listens. Here, as on the album’s strongest tracks, the focus is on the content of the song, not as much on the various audio tricks available. “Jerusalem’s Home,” though it drags near the end with a repetitive melody, begins with a heavy bass sound combined with sea-chantey style vocals, a combination that by all logic should not sound as good as it does. The highlight of the album is “Gone Girl,” an electronic take on the rockabilly ballad. The melody is infectious, the sound effects are kept to a minimum, and singer Ian Deary provides an appropriately wistful vocal for the melancholy lyrics – “His life was filled with stories only he believed.”

Solferino illustrates the gamut of possible results of experimenting with sound. Sometimes the combination of sounds doesn’t work, resulting in a mess, as on most of the album. But the few bright spots are all the brighter because of the musical risks taken, creating a memorable, engaging and truly unique sound.