Celldweller – Wish Upon a Blackstar8 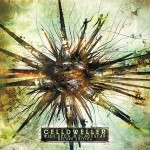 Celldweller
Category: Industrial / Dubstep / Drum & Bass
Album: Wish Upon a Blackstar
Stars: 5
Blurb: Cosmic, celestial, universal, epic – all are words to identify this long awaited second full-length from one of this generation’s most exciting and exploratory artists.

Nine years is a long time to wait for a new album from any artist or band. In the case of Klayton and Celldweller, he has certainly done well to stay productive and keep his audience satisfied since the 2003 debut. With numerous remix releases and compilation appearances, Klayton embarked on his second offering under the Celldweller moniker, titled Wish Upon a Blackstar. Already a progressive and mixed bag of varying styles, melding together elements of alt. rock, drum & bass, and industrial, the incorporation of dubstep in recent years has given rise to even deeper and more exploratory production sounds and techniques, all of which culminate on Wish Upon a Blackstar. As well, Klayton presents a lyrical narrative full of celestial wonder and cosmic implications to give the album a cohesive, even conceptual thematic narrative; ambitious indeed, but par for the course for this singular artist.

From the brief intro of “The Arrival” breaking into the rhythmic throb of “It Makes No Difference Who We Are,” the stage is set as the song builds steadily from a melancholy and anthemic melody that explodes into a burst of industrialized grandeur, full of layers of synths, guitars, and vocal choirs. “Blackstar” then pulses its way in with a vicious jolt of energy as powerful beats and squelching synths instill a nail biting tension that pervades throughout the song, Klayton’s copious and polished production gleaming as countless layers of vocals intertwine with the electronics and guitars without ever once become muddled or incoherent. With half of the album already released in the preceding four chapter EPs, it is in the effortless transitions that create a constant and identifiable flow that keeps them interesting, from the extended intro of “The Best It’s Gonna Get” stemming from the ethereal and trippy “The Seven Sisters” to the almost imperceptible shifting from “Louder Than Words” to “The Lucky One,” the album moves at a deliberate pace with a high level of urgency and excitement. As ever, Celldweller is a veritable mixed bag of musical genres to create a style so individual and difficult to categorize in any single word. From the mix of drum & bass fluidity with hard rock aggression on such songs as “Eon” and “I Can’t Wait” to the marriage of soulful R&B and dark pop on “Tainted,” from the spastic dubstep delirium of “Unshakeable” to the orchestral frills that augment the alt. rock assault of “Birthright,” and finally to the melodic ambience of “Memories of a Girl I Haven’t Met Yet,” no musical stone is left unturned. 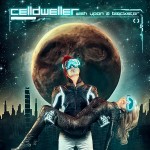 As stated, the album was originally being released piecemeal as a series of chapters, although it has now seemingly outgrew the limitations of this approach to take on an even greater epic scope. Available in standard and deluxe editions, Wish Upon a Blackstar presents an intriguing dilemma in terms of its concept. While certain phrases and lyrical passages appear at various points throughout the whole, there is a strange disconnect among them on the standard edition; the songs stand apart from each other and in an order that seems to bear no specific linearity or progression. While this is not a problem in and of itself, especially given the strength of each individual song, it does little to provide the listener with the appropriate experience that Wish Upon a Blackstar demands. On the other hand, the reordering of the tracks and the inclusion of proper segues that allow the songs to move in a stream of consciousness akin to a DJ set, appropriate to Celldweller’s overall aesthetic, allows for a great sense of cohesion and completion. No longer are the mentions of the Pleiades – the open star cluster in the Taurus constellation, often referred to as the Seven Sisters – and humanity’s awaiting of those who come “riding in on a Blackstar,” as they are “orchestrating” events mere lyrical devices; the continuity offered in the deluxe edition of Wish Upon a Blackstar creates the impressions of a vast, mystifying story that is up to the listener to decipher.

Wish Upon a Blackstar proves itself to have been well worth the nine-year-long wait since the self-titled debut; the product of an artist ever honing his craft and taking his skills as a musician, producer, and writer to their utmost and presenting the results in a manner most intriguing. As well, Klayton employs not only the assistance of his standard complement of co-producers and co-musicians – including Bret of Blue Stahli, producer Grant Mohrman, and drummer John Whitney among others – but also brings the fans in with the “Cellmate Worldwide Mass Choir” on “The Lucky One,” truly helping to emphasize the album’s diverse and universal themes. Some may lament the abundance of dubstep elements that permeate throughout, seeing them as latching onto the trend of the day. However, this would discount the skill with which Klayton infuses the best elements of the style into his own, still combining them with various other ingredients for a truly unique musical concoction. Some may find the conceptual framework of the album pretentious, as is always the risk with such recordings, which would make the standard edition all the more appealing to those listeners content with a simple helping of rocking electro music. Wish Upon a Blackstar offers something for everyone and stands as a modern work of pure musical art.