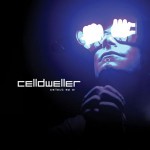 Celldweller
Category: Industrial
Album: Cellout EP 01
Stars: 5
Blurb: Ever an artist to pursue quality over quantity, this EP from Celldweller serves as an excellent teaser and complement to the 2011 tour.

After the release of the debut Celldweller album in 2003, Klayton went on the road for a nationwide tour with a backing band to create a multimedia performance that would bridge the gap between the studio material and the live show. One need only view the music video for “Switchback” for a visual hint of what audiences could expect from that show. For various reasons, Celldweller opted out of performing live reportedly for good, making the Wish Upon a Blackstar 2011 tour a welcome surprise. Stripping the setup down to two musicians on stage with an expansive lighting and video rig, what stands out most about the Celldweller live show now is that virtually none of material is presented in anything resembling their original studio versions; instead, we are given a series of remixes and alternate versions that demonstrate the power of the live performance as well as the true scope of Klayton’s creative vision. The Cellout EP 01 release offers to listeners three tracks, all of which are so radically different from their original counterparts that they can almost be taken as wholly new compositions.

Beginning with Klayton’s We Will Never Die mix of “Own Little World,” the song is stripped down to its already infectious chorus and given a drum & bass treatment complete with an engaging and melodic synth phrase that while repetitive is never boring. Complete with that trademark warbling bass, this track is perhaps more Celldweller by-the-numbers than the other two. The new version of “Frozen” finds Klayton pairing off with his live band mate, Bret of Blue Stahli, transforming the original’s erotic dubstep ambience into a hard-hitting array of stuttering and danceable electro. The new vocal recorded by Klayton is certainly punchier than the album version, making it a perfect translation to the live environment. The same can be said for “The Best It’s Gonna Get vs. Tainted,” in which the two tracks are combined atop a throbbing electro beat in an intelligent fashion that takes the best elements of both songs. While the original version of “The Best It’s Gonna Get” was in this writer’s opinion somewhat lackluster and “Tainted” sounding like some strange hybrid of dubstep and Michael Jackson, this version transforms both songs into a powerhouse that served as the perfect intro track to the Wish Upon a Blackstar 2011 tour. Only three tracks and just under 16 minutes long, the Cellout EP 01 is yet another fine release from Celldweller that proves the formula of quality over quantity can prevail.