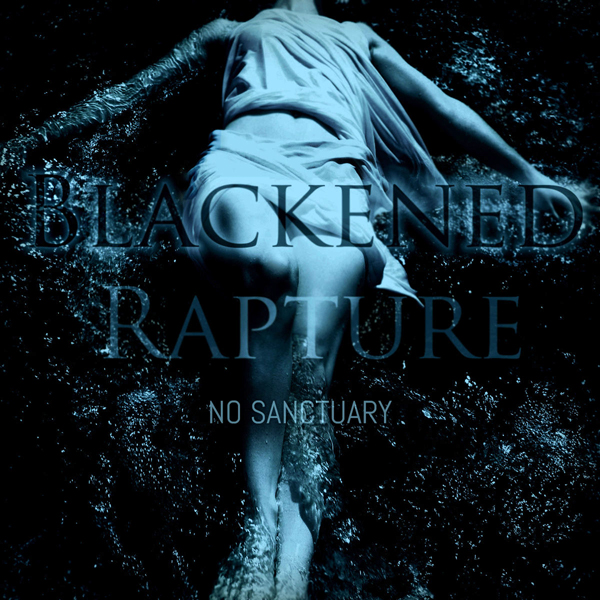 Blackened Rapture
Category: Electro / Industrial
Album: No Sanctuary EP
Blurb: A promising debut packed full of raw talent that lasts just long enough to get a feel for the music and then gets out, but also shows some room for improvement.

All of the No Sanctuary EP is credited to one person, simply listed as Hanna, and that she is from the east coast of the United States. The dark, sultry, and mechanical sounding EP seems to draw more than a little inspiration from Android Lust without sounding like a copycat. Both artists have similar singing styles, but with different voices; their production styles are a bit different as well. Both draw a lot from dark trip-hop influences, but while Android Lust tends to lean more on techno style kick drums, Blackened Rapture uses big, rock style snare hits.

The album opens with the instrumental “Emergence,” which only last for a minute. At first, it sounds like it’s just going to be a moody ambient piece, but then it explodes in with drums and synths, showing off what is to come. The EP relies on drums a lot as both “No Sanctuary” and “Expect Nothing” put them front and center in a way that should make listeners want to nod their heads along with it. The latter track especially has some good panned drums with a little bit of glitch thrown in that reminded this writer a bit of Comaduster, with some tiny bits of piano and bass guitar sprinkled in that add quite a bit to the character of the songs. The synths are used sparingly in some of the tracks, but in “Emergence” and “Dust in the Water,” they are allowed to shine through and really layer up nicely. “Howl” provides a nice balance of voice and synths with what is probably Hanna’s best vocal performance on the EP.

On that note, the elusive issue that kept this collection of songs from really sticking with this writer is the vocals. Hanna is a talented singer, and the vocals when taken by themselves are good, but something about how they are mixed into the songs make them feel flat. All the elements feel like they are there to make some good and memorable songs, but the music and the vocals don’t mesh together quite right. It doesn’t ruin the EP, but it does diminish it.