Aversion Theory – Welcome to Your Life0 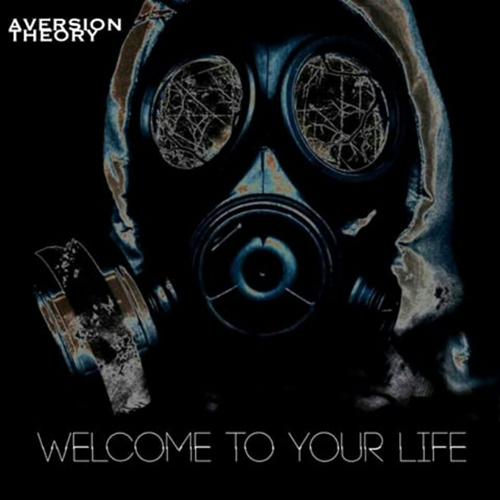 Aversion Theory
Category: Industrial
Album: Welcome to Your Life
Blurb: Aversion Theory returns with an industrial/rock romp that stomps in and demonstrates some great potential, but then proceeds to fall down on execution to end up sounding more like a promising demo rather than a full release.

Aversion Theory is the solo industrial/rock project of Jamie Robb Gibson, former drummer of DeathMaschine, and former drummer/vocalist/songwriter for Suture Seven. Welcome to Your Life is the latest album from the project, with the album Simple Relativity for a Complex World and several EP releases already under his belt.

“The End is Near” opens the proceedings as a fuzzy bass driven dystopian anthem that would certainly get feet moving in a club; an unrelenting assault that begs to be played louder and louder, but it lacks a little depth. The things that really work in the track are interrupted periodically with the mantra “the end is near” repeated over and over, which walks the song a few steps back from being a great club hit. The great, bombastic bass line feels like it never gets fully realized, which is a shame. The album’s second track, “Empty” makes some of the same mistakes as it has a lot of great stuff going for it like an off-kilter drumbeat that is well looped along with some good synth work, but the song’s lack of structure turns it from being a great song into a rather mediocre one. “You” and “All of Me” continue the same trend, the vocals often feeling at odds with the songs. The latter track has a really great bass line reminiscent of RevCo, and it’s quite fun to tap along to, but the garbled and oversaturated vocals come crashing down over it without being in line with the rest of the song. By the album’s fifth track, “Everything’s Dead,” the listener is trotting down the same broken road – huge potential that’s squandered by a disconnect in theme, structure, and vocals that don’t fit.

Musically, there are a lot of interesting things at work – great riffs, bass lines, and interesting sounds, but the vocals stamp out a lot of fire that the music creates. There’s no delicate way to say this, but as the industrial music scene is saturated with artists who can’t sing worth a shit who try to hide it with vocal effects, we simply don’t need more of it. “This Ain’t No Fuckin’ Pop Song” is a really strong track, musically, and would probably be actually better if it were a little bit more of an unabashed pop song. Something just a little more accessible would catapult it or any one of the more promising tracks on the record into a great single. Gibson’s grumbling of “This ain’t no fuckin’ pop song” is angsty and repetitive and, frankly, ruins any merit the song had.

There are a lot of great influences in the record; it’s easy to pick out notes of Skinny Puppy, Sister Machine Gun, Nine Inch Nails, and other great artists, but too much of the album suffers from an assembly and execution that comes across as amateurish. Gibson is talented, but there’s work that needs to be done behind the scenes in order to turn a hammer into a scalpel. Songs feel taped together and tend to sound like square pegs trying to go in round holes. It’s incredibly noticeable because every song draws you in so quickly and easily that when the track ends up derailed, it feels like a full stop. If Gibson can work on structure, vocal training, and to dial in on what works, Aversion Theory will be a much more popular name in the future. Sadly, for now, there’s not much on offer that isn’t better executed elsewhere.