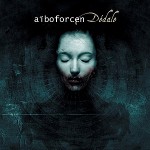 Aiboforcen
Category: Industrial
Album: Dédale
Stars: 3
Blurb: A maze of sound, voices, and feelings that will take you to many different realms throughout your listening experience.

Aiboforcen has been absent from the scene for nearly seven years and now are finally back with their fifth album, Dédale, an album that comes across like a nebulous labyrinth of thoughts and sounds taking you through different tempos, feelings, and sounds. There is a massive contrast here on Dédale that is sometimes murky and dark and at other times upbeat and poppy, yet Aiboforcen does a good job of mixing these elements as well as various elements from different electronica genres such as trip-hop and synthpop. The variation of vocals also create a nice contrast; whether male or female, each singer presents a different feel to each track and almost gives the album an unpredictable sound and feeling.

Aiboforcen starts Dédale off with the title track, an atmospheric offering that sets the tone and mood of the album with electronic bass and haunting, melodic vocals. Immediately following it is “Everything Gets Sacrificed,” a track that offers much of the same as its predecessor – mild electronic bass and the same vocal styling. “Time & Space” offers a much different feel than the tracks before it, opting for an up-tempo and a bit happier sound than the other tracks, trading in the darker bits for a lighter tone, the same of which can be said for “Light.” Album standout “Poem of Life” features more of the darker of the album’s sound elements and features haunting female vocals as well as even darker, growling like male vocals provided by Leæther Strip’s Klaus Larsen; one of the album’s best tracks overall. Another notable track is “The World Below,” done with Ego Likeness and featuring a great atmospheric score and beautiful, deep female vocals. On an interesting note, Dédale ends with the lighthearted “Méandres,” an instrumental piece that sounds almost as if it were taken from the end credits of a movie. It seems to provide a light at the end of the tunnel on an album that is seemingly sprinkled with dark spots throughout. 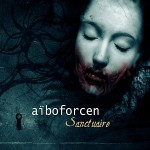 Aiboforcen has come back from a long hiatus and has put together a nice piece of work for fans that have surely been waiting for quite some time. Dédale is atmospheric, dark at times, lighthearted at other times, but quality throughout with various vocal performances that range from male growling to female haunting and melodic voices. Dédale will be a can’t miss project for loyal Aiboforcen fans and though the brighter, more lighthearted aspects may turn some listeners away at times, it would be best to see this one all the way through to truly gets its entire package.