ACTORS – It Will Come to You0 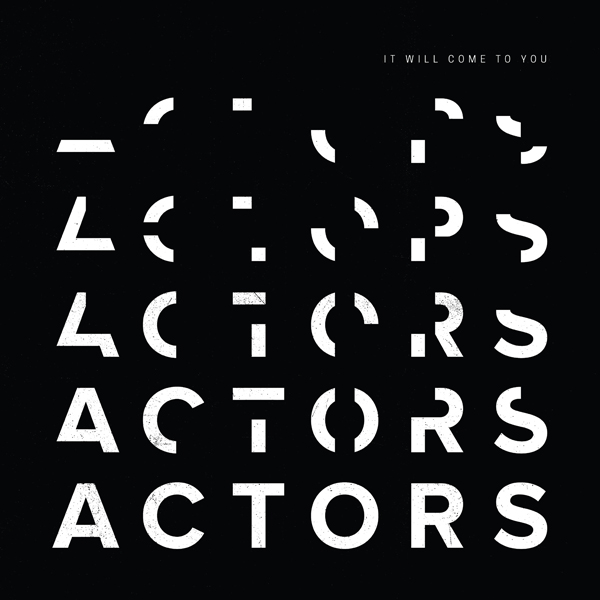 ACTORS
Category: Gothic / Rock / Electronic
Album: It Will Come to You
Blurb: A striking album of electrified post-punk and goth/rock that is sure to send many a listener back to the 1980s, looking forward to a brighter future.

ACTORS is a post-punk band from Vancouver, Canada, offering a strange and exciting blend of David Bowie, The Sisters of Mercy, and a dozen other bands distilled into one accessible package. Since 2012, ACTORS has been putting out EPs and singles, touring the U.S., Canada, and Europe, playing major festivals such as Wave Gotik Treffen and ColdWaves, and in 2018 released its first album, It Will Come to You.

The record opens with “L’Appel Du Vide” and feels immediately familiar, evoking thoughts of dark clubs and goth/rock icons looming over audiences in black. Melodic guitar strokes overlay a thumping bass line and drumbeat as synths provide some density to the soundscape, while front man Jason Corbett’s vocals croon through the notes like a lighthouse in dark seas. “Hit to the Head” channels an interesting mix of Talking Heads and David Bowie into a catchy post-punk song that’s destined to get stuck in the listener’s head. “Bury Me” is another standout track on the record and delivers on the distinctive ACTORS sound that pervades throughout; like an ebon mist, it envelops the listener in a comfortable, danceable space that feels like the 1980s all over again, while “We Don’t Have to Dance” is a riveting, bass driven track ideal for either dimly lit clubs or making out on the couch. Although the album maintains a very familiar set of sounds and doesn’t deviate from them often, each song feels unique enough to not make the album boring and closes with a thinly veiled Vangelis tribute via “Bird in Hand,” a nod to the musician’s score for Ridley Scott’s Blade Runner.

Clocking in at 35 minutes and change over 10 tracks, the album feels short and there’s a feeling of wanting more; a double album would have been perfect. However, unlike the ill-fated Roy Batty, ACTORS is not doomed to die and have their moments lost like tears in rain. No, a bright future lies ahead for this post-punk ensemble if It Will Come to You is any indication of what the combined talents in the band are capable of.