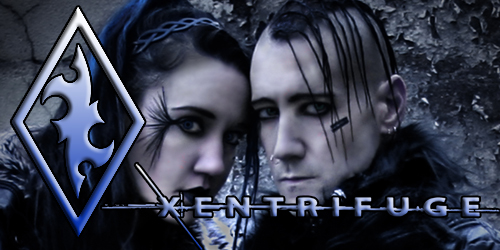 Harsh electro/industrial act Xentrifuge has unveiled the music video for the song “Circles of Dust,” the first single from the band’s upcoming third full-length album, Desensitized Parallels. Making its premiere on Brutal Resonance on February 19, “Circles of Dust” was directed and edited by Christopher John Sztybel of Raen Talent, storyboarded from a concept by vocalist/founder Chris X.

Though Xentrifuge has remained active over the years with live performances and several singles, with keyboardist Lisa Hellen becoming a fulltime member in 2012, Desensitized Parallels marks the duo’s first full-length album in over eight years, following 2009’s Converting Infinity. The album is due to be released on March 2 via Cleopatra Records; pre-orders are now available via Bandcamp.