Two years after the prominent label reissued nearly the entirety of the horror/punk rock act’s back catalog, Napalm Records has officially signed Wednesday 13 to its roster of artists. The de facto solo project of Murderdolls frontman Wednesday 13, he is marking the occasion of his signing with the announcement of a headlining tour of the U.S. in 2022; beginning on March 23 in Albuquerque, NM and continuing until May 7 in Sacramento, CA, the 20 Years of Fear Tour will not only be a celebration of the nearly two decades since Wednesday 13’s formation, but will also be a prelude to the band’s forthcoming ninth album, which he states “will be loaded with a full arsenal of tricks and treats that fans will die for!” The set list for the tour will also see him and his band performing a variety of tracks spanning Wednesday 13’s career, with the frontman further expressing his excitement to be back on the road after two years. Joining Wednesday 13 on select dates will be fellow horror/punk icon DOYLE, founded by Misfits guitarist Doyle Wolfgang von Frankenstein; a full listing of dates on the 20 Years of Fear Tour can be found on the Wednesday 13 website. The as-yet-untitled ninth album from the band is expected to be released in 2022. 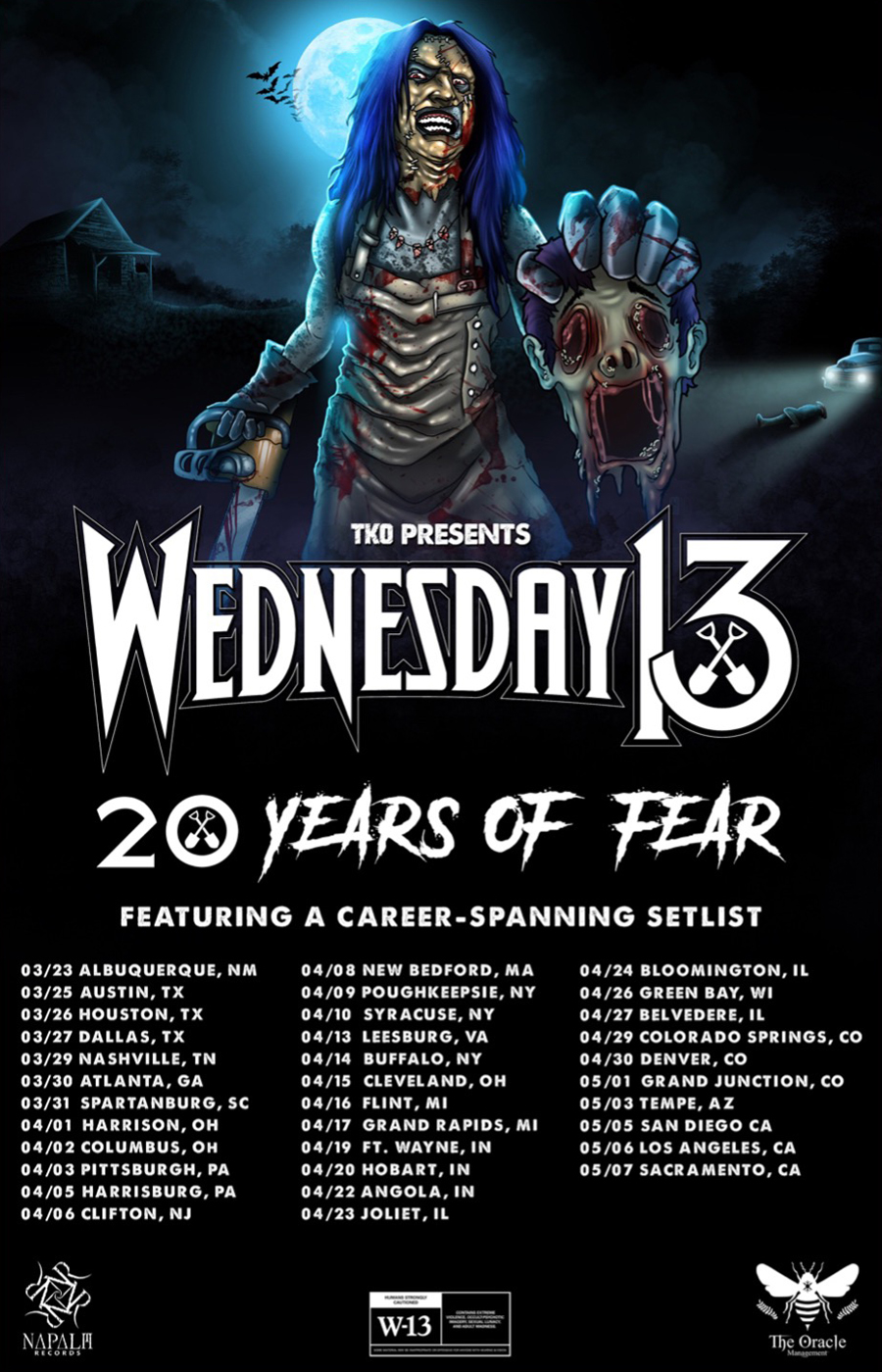