WaxTrax! Documentary to be released in April, including soundtrack of previously unreleased material from WaxTrax! artists0 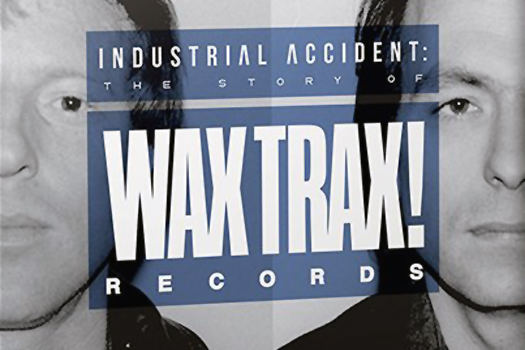 At long last, after spending the last several years on the festival circuit, the highly anticipated Industrial Accident: The Story of WaxTrax! Records documentary will be receive a wide release on April 16, 2019. The feature recounts the history of the eminent music store and record label, founded by Jim Nash and Dannie Flesher, becoming the hub for underground punk and industrial bands like KMFDM, Front 242, MINISTRY, My Life with the Thrill Kill Kult, and many more; created by Julia Nash – daughter of Jim Nash – and husband Mark Skillicorn, the film includes interviews with the likes of Al Jourgensen, Trent Reznor, Sascha Konietzko, Richard “23” Jonckheere, Chris Connelly, Ian MacKaye, Dave Grohl, Steve Albini, and many more.

Accompanying the documentary will be a special soundtrack album featuring unreleased tracks by MINISTRY, The Young Gods, Revolting Cocks, My Life with the Thrill Kill Kult, and more. In addition, fans who call 1-833-WAX-TRAX will be able to listen in on some special messages and party sounds, with “Leather and mascara sold separately.”
Industrial Accident will be available in multiple formats, including DVD, two Blu-Ray variants with one including a bonus disc, and in a limited edition box set containing the Blu-Ray and vinyl editions of the soundtrack. The soundtrack is also available in CD and multiple vinyl variants. Pre-orders and additional information for the documentary and soundtrack can be found on the WaxTrax! website, while the previously unreleased Revolting Cocks track “Animal Nation” can be heard on SoundCloud.