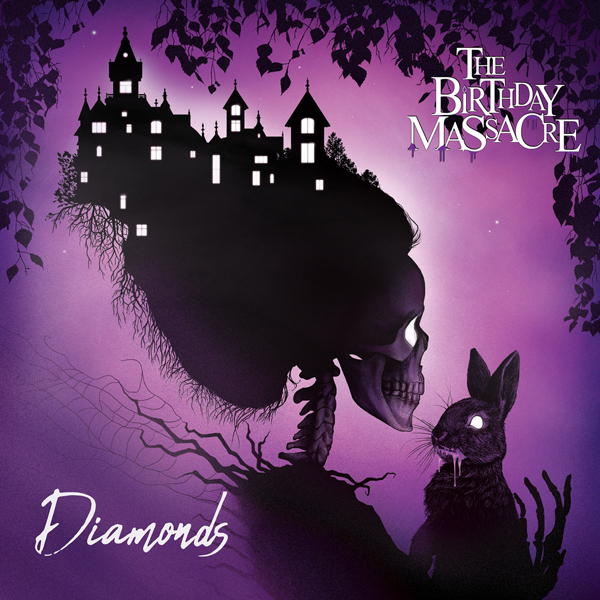 After nearly three years, dark electro/rock band The Birthday Massacre has announced the release of a new album, titled Diamonds. With a release date of March 27 via Metropolis Records, the group states the new album to be “an exploration of darkness as well as light, poison as well as its antidote,” with the songs concentrating on themes of conflict resolution through the passage of time; “The night is short. It weights heavy, but the light always awaits us.” Diamonds marks the first release of new material from The Birthday Massacre since the 2017 album Under Your Spell, with pre-orders available in CD, digital, and vinyl formats via Bandcamp and the Metropolis webstore. 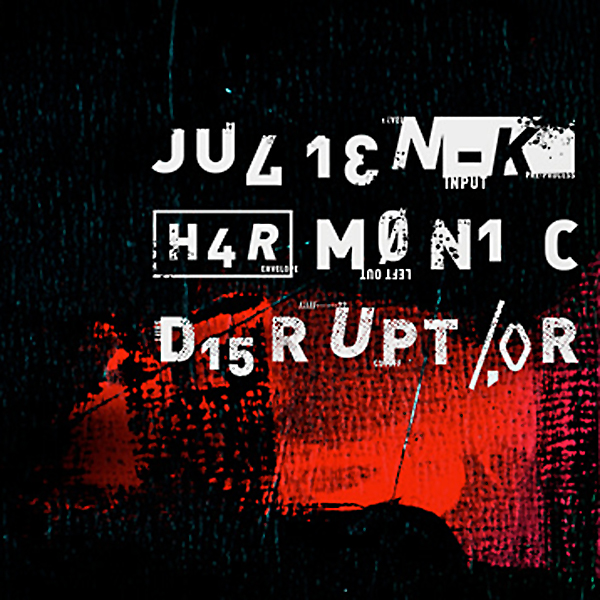 In addition, The Birthday Massacre will begin an American tour with fellow electro/rockers Julien-K; beginning on the album’s release date of March 27 in Parsippany, NJ as part of the Dark Side of the Con, and continuing until May 2 in Brooklyn, NY, the tour also celebrates the release of Julien-K’s equally long-awaited new record Harmonic Disruptor. Tickets and V.I.P. packages for the tour, including limited medal merch from Julien-K will be announced shortly, with a full listing of tour dates available via both bands’ websites. 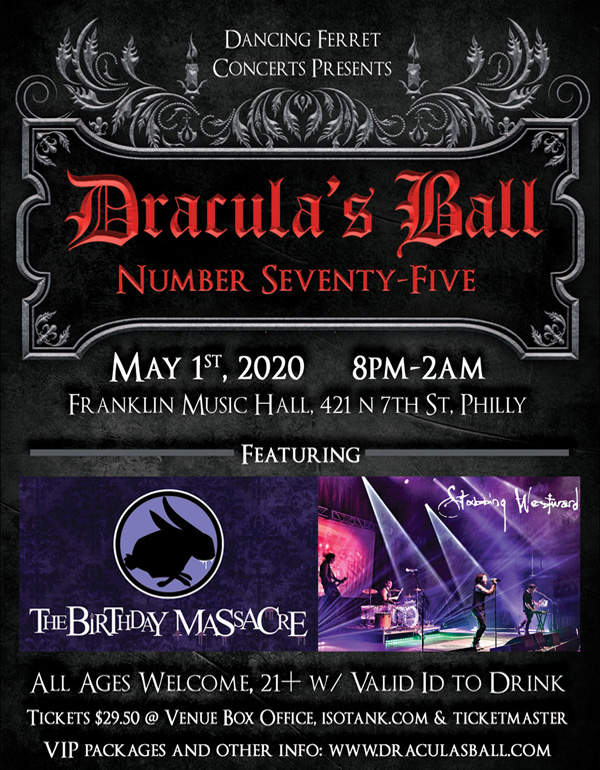 The penultimate date of the tour, May 1 will find The Birthday Massacre also performing at the 75th Dracula’s Ball, taking place at Franklin Music Hall in Philadelphia, PA. Joining the band for this special event will be industrial/rock band Stabbing Westward, who on January 3 released the Dead and Gone EP, marking the first new material from the band since 2001; Stabbing Westward has also stated that Dracula’s Ball will serve as a release party for a second EP due in April, with the band planning to perform the new songs live.
V.I.P. packages for Stabbing Westward are available directly from Dracula’s Ball, while The Birthday Massacre’s V.I.P. packages are available through Ticketmaster; general admission tickets for the 75th Dracula’s Ball are also available via Ticketmaster and Isotank.com.