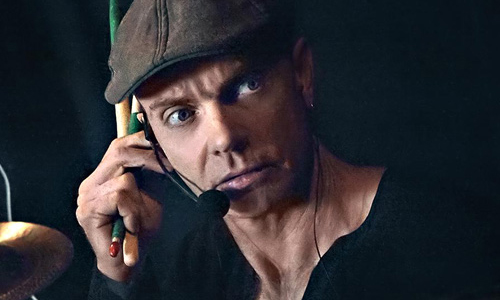 As the August 24 release date approaches, “Big Paul” Ferguson – best known as the drummer for Killing Joke – continues to tease out his solo album debut, Remote Viewing. Created by Mont Sherar of Montster Filmwerks, the teaser video for “I Am War” features an artistic interpretation of the track that draws on Sherar’s unique insight into Ferguson and his art; a longtime friend and confidant of Killing Joke, Sherar released his Twilight of the Mortals photographic history of the band in 2017 via PC-Press, showcasing Ferguson in his element as a drummer and as a sculptor and art restorer. As well, Sherar’s book debuted Ferguson as a solo artist with the deluxe edition containing a vinyl EP that featured the BPF track “The Great Motivator.”

Available for pre-order now, Remote Viewing will be released via the Dead Radio Station imprint in CD and digital editions. Collaborating with Ferguson on the album was electric violinist Brainshadow and Mark Gemini Thwaite, contributing multiple instruments, as well as mixing and co-production; Ferguson had appeared on Thwaite’s latest MGT album, Gemini Nyte. 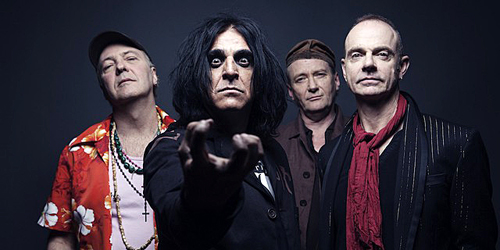 In addition, as Killing Joke ramps up for a 40th anniversary tour, the band has also launched a PledgeMusic Campaign for a 40th anniversary box set. Spanning the group’s entire career, the set will be available in colored vinyl and CD editions; containing all 16 of Killing Joke’s studio albums presented in double-disc editions with loads of unreleased material and alternate mixes as bonus tracks, the vinyl box will also include a set of headphones, a signed lyric book, posters, postcards, flyers, art prints, and a certificate of authenticity.
Vocalist Jaz Coleman states, “40 years ago this summer, I met ‘Big Paul.’ One year later, we released our first EP. Our 40th anniversary celebrations will therefore be stretched over two years and begins with a world tour, parties, and talks by Youth and myself, a new magnum opus by KJ, who is, after all this time, recognized as one of the most innovative and influential bands of all time. Love is the law. Let the festivities begin!”
Furthermore, bassist Martin “Youth” Glover comments, “As Jaz reminds me, ‘Survival is success,’ and although the band has never been fiscally fat commercially, it has allowed us to have incredible lives, both individually and collectively, and we have created a very rich wealth of uncompromising music. It’s a legacy that spans four decades… 40 years of spine tingling, uncompromising, beautiful noise.” He adds, “Thanks to all the fans and gatherers that have supported and joined us in this endless quest.”
Industrial/rock act PIG will be joining the band for the U.S. leg of the 40th anniversary tour, beginning on September 1 in Seattle, and continuing until September 19 in Houston, TX; from there, Killing Joke will spend the rest of the year performing in Europe, the U.K., and South America. A full listing of tour dates can be found on the band’s website.