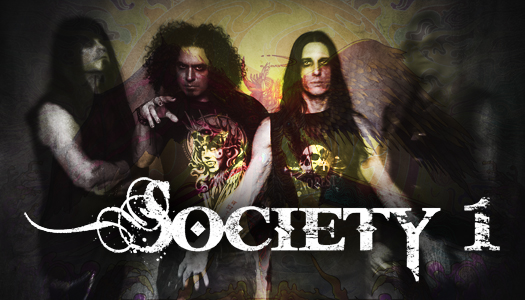 As the band gears up for the forthcoming Rise of the Machines Tour, Society 1 has unveiled a new single and music video as a taste of things to come. Mixed by Chris Collier (KoRn, Whitesnake), “The Fight Within” finds Matt “The Lord” Zane recalling memories of late bassist DV Karloff; “I’ve been through a lot with the passing of my friend and former bassist,” Zane explains, “When I began writing new music for this album, this is just what I was dealing with – the fight within to keep moving forward.” Aside from Zane, who founded Society 1 in the ’90s, Karloff had been the band’s longest serving member, with many of his final recordings appearing on 2022’s Black Level Six. Additionally, “The Fight Within” features drummer Dagon Destroyer, who had originally joined Society 1 in 2003 during the touring cycle for Exit Through Fear, and has now rejoined the band 20 years later for the anniversary tour of that album; the video was produced by Dagon and directed by Zane, also featuring bassist Jimmy Minj, and new guitarist Erik Kluiber, formerly of Los Angeles hard rock and heavy metal acts Void Vator and Gypsyhawk.

The video for “The Fight Within” is the first of a planned series that will also include drum playthroughs, as well as footage to be shot on the upcoming tour, all culminating in a cinematic presentation to tie in with the band’s Shock Rock Movie – a documentary chronicling Society 1’s controversial history. An extended trailer for the movie was revealed on January 11, while the album currently in production will feature “The Fight Within” and serve as the movie’s official soundtrack. Society 1 will be touring to celebrate the 20th anniversary of Exit Through Fear, beginning on February 22 in Los Angeles; the band will then continue as a support act on the Rise of the Machines Tour headlined by fellow alt. metal and industrial/rock acts Static-X, Fear Factory, DOPE, and Mushroomhead, running from February 25 to March 18, with the tour continuing until April 15. Tickets are available via TicketMaster, while full listings of tour dates can be found on the bands’ websites. In addition, Zane comments that a new documentary project is in the works, with Society 1 to be filmed while in preparation for and during the tour, with more details forthcoming. 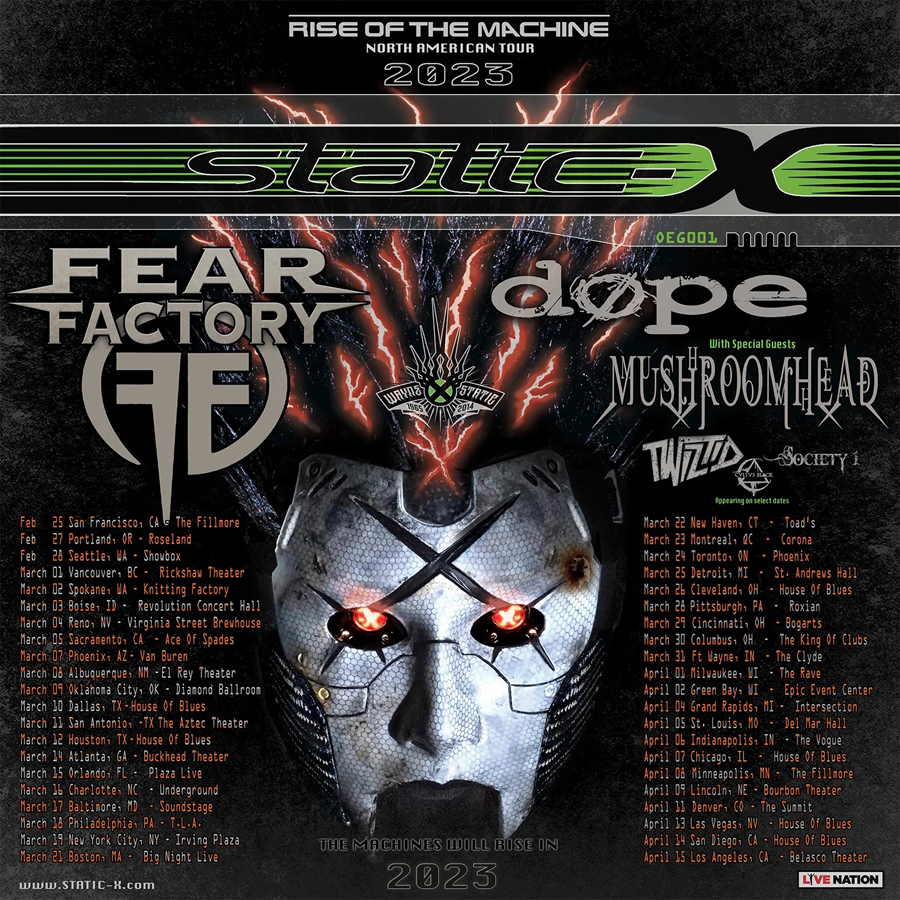