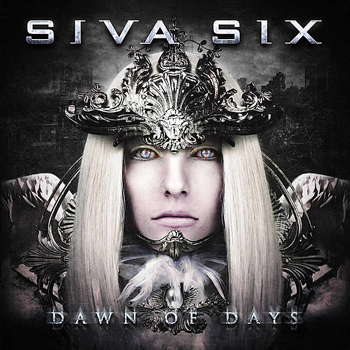 Greek dark electro duo Siva Six will release its fourth full-length studio album, Dawn of Days on November 11. The follow-up to the 2013 Superstition EP, the album features guest appearances by theatre musician G. Diamantopoulos on theremin and Boog (Junksista) providing additional guitar riffs to a cover of the theme song to popular horror movie 28 Days Later. Siva Six states that while there wasn’t a conscious decision to create the album within a defined style, the band was influenced by many favorite bands; early reviews liken the sound of the new material to Project Pitchfork. Two tracks from Dawn of Days are available now on Bandcamp, with pre-orders for the full album available now.