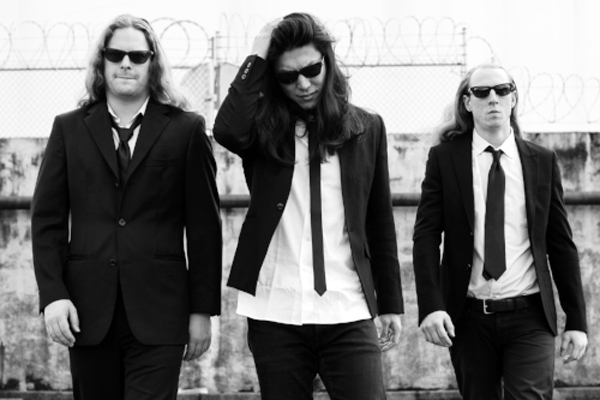 Blending elements of electro and dance music with the polyrhythmic complexity of prog metal, Seattle’s Spyn Reset has been steadily gaining momentum in the Western United States, with the band’s new full-length LP Dots having been released on August 24. In a special ReGen Exclusive, the band now premieres the music video for the album track “Proxy.” Directed by Michael Rotchadl for Blue Crest Entertainment, the song and video showcase the band’s sociopolitical lyrical themes as front man and synth player YASU explains, “The 1% authority people use each one of us as a proxy. I decided to deliver the message about the truth of the world. As soon as they started talking about the truth, the blue mask people (1%) came and started kidnapping people not to spread the word. We are isolated in the asylum-looking room and using music as a weapon to fight back. People started breaking in to the place and recording us to deliver the message to the world. This is the song that’s realizing what’s actually happening in the world, to stand up and fight back to the authority.”

Spyn Reset was created out of YASU’s desire to incorporate his Japanese music background into a Western mindset that infuses heavy synths with the progressive and grunge sounds he’d grown up listening to. Since the Objects in the Abstract debut in 2009, the band has undergone several lineup changes and shifts in sound before settling on the current trio of YASU, guitarist/bassist Evan McPherson, and drummer Pierson Martin. Dots, produced by the band with Geoff Ott (Queens of the Stone Age, Three Doors Down, Pearl Jam), is Spyn Reset’s third full-length outing, out now on 23 Sounds Records. Written over the curse of three years and recorded at Ott’s London Bridge Studios in Seattle, the band comments, “We challenged ourselves to redefine our sound as a trio and fully embraced vocals as a prominent part of the music,” with the themes of human interconnectivity “strengthened when we approach others with an openness to embrace new and unfamiliar perspectives.”