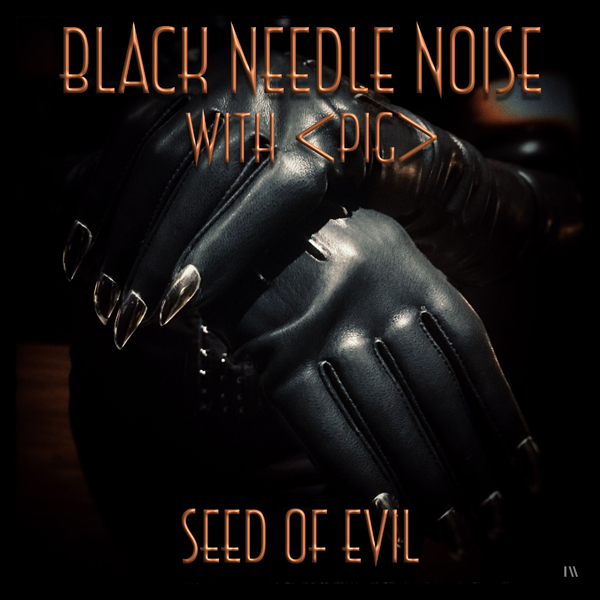 ReGen Magazine has the singular honor of presenting the latest single from producer/musician John Fryer’s Black Needle Noise, titled “Seed of Evil,” featuring a guest vocal performance by his Lardship, <PIG>’s Raymond Watts. The track comes as the latest in a string of singles leading up to the third full-length album from Black Needle Noise, with Watts calling the song a “marriage made in hell,” one that “pours out of me into the night, where the devil ties it nice and tight,” making “Seed of Evil” an appropriate title. With a sultry and slithering bass line and a strutting drumbeat sure to remind many of the funky disco sleaze of Iggy Pop’s “Nightclubbing” and Nine Inch Nails’ “Closer,” Fryer comments that “we have a great noise-pop hit on our hands.”

Both revered for their prolific and diverse bodies of work, Fryer and Watts had previously worked together briefly on the 1994 Switchblade album by Japanese industrial collective Schaft, with the Mighty Swine going on to say that “When John Fryer called, it was like cream was fed to my poison crop… and I was thrilled to lend Satan’s little helping hand to Black Needle Noise.” Fryer further states, “It’s been a real pleasure working with Raymond on this and I can’t wait to hear it in the clubs.”
Released as a name-your-price item on Bandcamp, “Seed of Evil” marks the tenth Black Needle Noise single to be released since the project’s sophomore album, 2017’s Lost In Reflections; other guest vocalists featured on these singles include Chris Connelly, Marselle Hodges, Tara Busch, Betty X, Yvette Winkler, Antic Clay, Beca, and Fakeba. Additionally, 2019 marked the live debut of Black Needle Noise, the band having performed as part of Phil “Phildo” Owen’s SXSW showcase in March.
Earlier this year, Watts appeared on the (HEART)less album from Philadelphia industrial/rock act REVillusion, as well as releasing the Candy covers album, the Stripped & Whipped remix companion to 2018’s Risen, and The Wages of Sin single. He will also be appearing on PARADISE, the latest album from KMFDM, marking his first contribution to the Ultra Heavy Beat since 2003’s WWIII. <PIG> will begin conducting the Divine Descent U.S. Tour in September with Cyanotic and A Primitive Evolution, including a headlining performance at this year’s ColdWaves VIII in Chicago.