Joshua Bentley, Lyle Erickson, and Chad Fifer have certainly made good on their return to the halcyon horror-themed irreverence of Pitch Black Manor, having released two albums and several single/EPs since 2020. Now, “the Quad Cities first and only goth band” is ready to take the next step with the announcement of Pitch Black Manor’s first live performance in 27 years; scheduled to take place on October 22 at Rozz-Tox in Rock Island, IL, the band declares in grand Lovecraftian fashion that “the stars are right” for the ultimate resurrection of the trio’s onstage energy, untapped since the three initially parted ways in 1995. With Quad Cities DJ Buddha appearing as a special guest, the show is appropriate for the Halloween season as a costume party, with the group encouraging attendees to “come dressed to shock, stalk, and get down with the dead.” Tickets are available via Dive.FM. 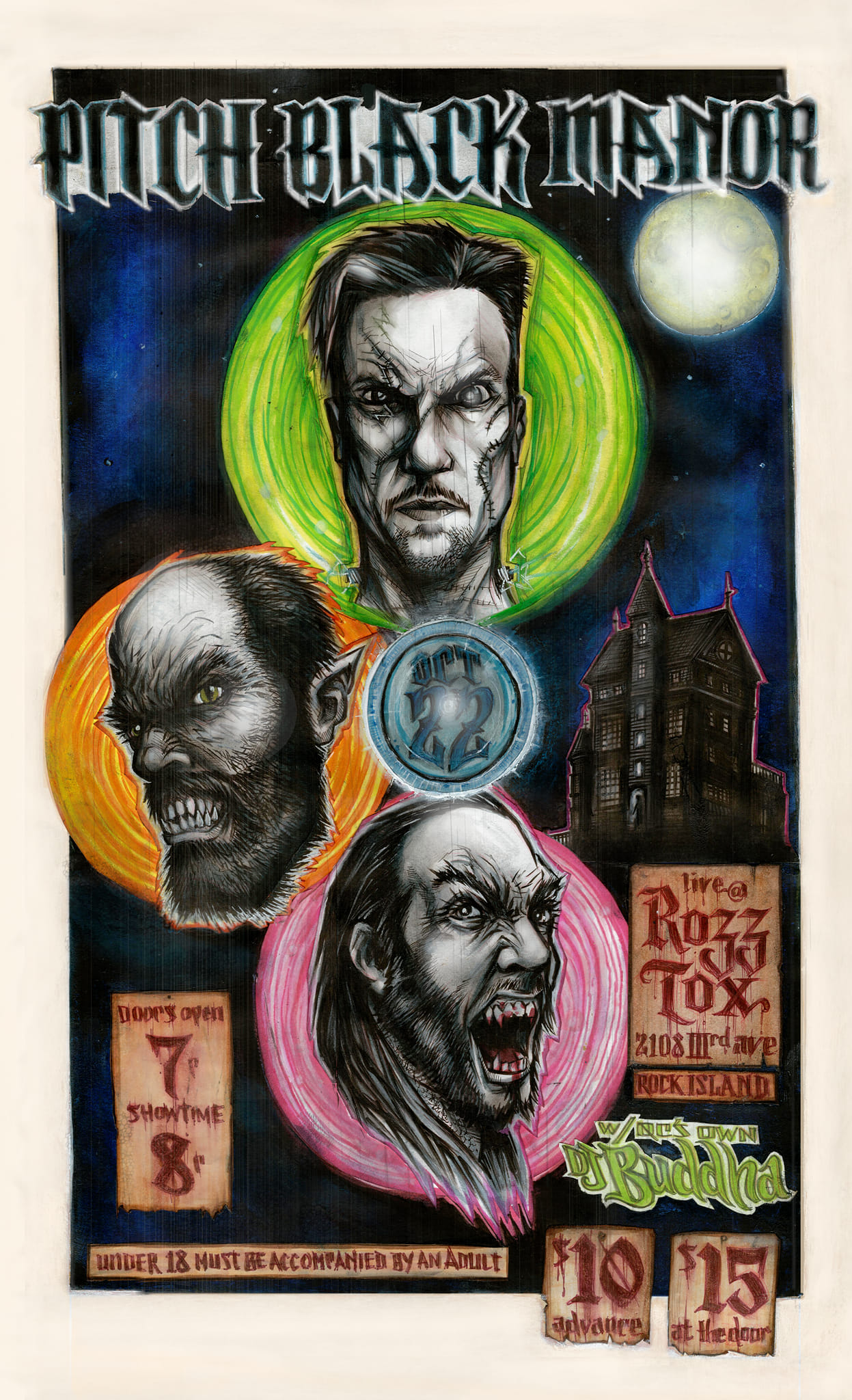 Helping to mark the occasion and further solidify this ghastly goth/rock resurrection, Pitch Black Manor has unveiled its latest music video, “All Hallow’s Eve,” which was the closing track on the trio’s comeback album, Monster Classics, with Bentley calling it “the reason for the season.” As is tradition for the band, the video revels in the creepiness, creativity, and campiness of classic horror and sci-fi, the footage a frenetic amalgam of genre classics suitable for the season. Monster Classics was released on July 31, 2020, followed by Night Creeps on August 13, 2021; other single and EP releases include “Into the Gears,” Something In My House, the Remixes From the Other Side companion to Night Creeps, and the All Bagged Up / The Wendigo Christmas EP.