Ambient/darkwave act :PAPERCUTZ has announced a European tour with fellow Portuguese alternative band Grandfather’s House. The tour begins on October 19 in A Coruña, Spain, with dates to follow in Belgium, France, and Germany; the band has stated that the tour’s end dates in Portugal are yet to be announced. In addition, :PAPERCUTZ will be performing two DJ dates on October 12 and 13; tickets and additional info will be made available in the coming weeks via Bandsintown.
The project of producer/songerwriter Bruno Miguel, :PAPERCUTZ has been performing live consistently over the past several years, although the last album release of new material was 2012’s The Blur Between Us, followed by the remix EPs Where Beast Die (At Dawn) and Rivers (At Dusk) the subsequent year. 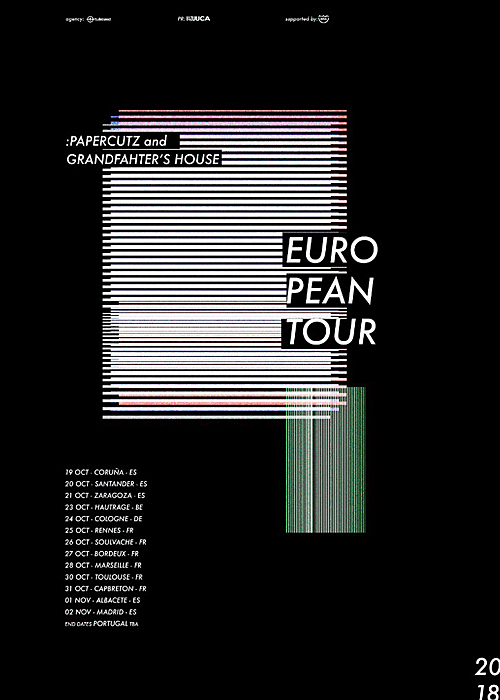