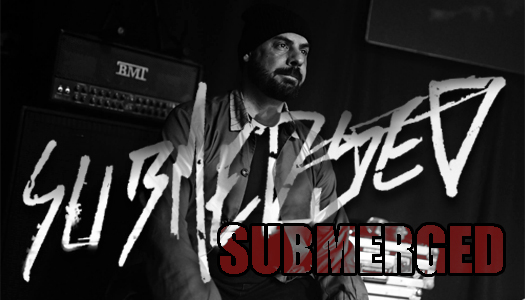 Kurt Glück has been rather busy running his Ohm Resistance imprint, focusing on a variety of underground experimental industrial, noise, drum & bass, illbient, and all points in between. Now, he has focused his energies into his solo project with the announcement of his first full-length Submerged album in nearly 12 years, appropriately titled Fury. Comprised of live drum machine improvisations recorded in the legendary Flashtower Studio in Berlin, later arranged and revised from his current home on the island of Saaremaa in the Baltic Sea, the double-album presents Glücks efforts to push the boundaries of noise and drum & bass, using the disparate surroundings as an influence on the sound and themes of fury at the ills of the world. “My time in Berlin seems to have permanently impacted me,” Glück comments, particularly where “the industrial/flashcore stuff is where I think I’ve gone somewhere entirely new!” Also making guest appearances on the album are vocalists Alex Boniwell (Inebrious Bastard, Leech Woman) and Anna Meire (Molecular), guitarist Kārlis Logins (Molecular), and Caligo on electric viola.

Due for release on January 27, Fury is available to pre-order now in digital and CD formats via Bandcamp; the album follows up on 2011’s Before Fire I Was Against Other People. In the interim, Submerged has released several compilations, DJ mixes, and collaborative works with the likes of Bill Laswell, Armantra, Julia Zanke, Scorn, Kool Keith, End.user, JK Flesh, and Graham Haynes