New track by The Gothsicles unveiled to celebrate couple’s engagement0 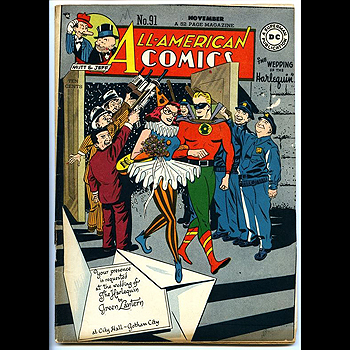 “The question was popped and the hotness was dropped,” states Gothsicles front man Brian Graupner, referring to the prominent electro act’s new track titled “From Amanda.” The track was commissioned in October of 2015 by Amanda – a Florida resident, gamer, and friend of the band – to assist in her proposal of marriage to her boyfriend Seth, who said yes on April 15. The track was produced by CTRLSHFT and has been made available via The Gothsicles’ Bandcamp as a free download, with the cover art being taken from the November 1947 issue #91 of DC Comics forerunner All-American Comics, depicting the marrage of The Green Lantern to The Harlequin; the lyrics to “From Amanda” also reference The Green Lantern and Batman.