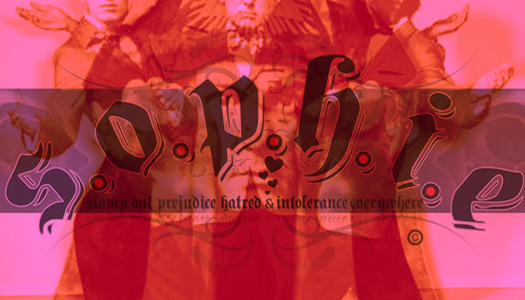 With Wednesday, May 22, 2019 celebrating World Goth Day, Georgia based experimental music label Sashimmy Records has unveiled the latest single from Atlanta multimedia “psychotronic” artist Hypnagogic State as a special charity release. Utilizing spoken word of the renowned occultist Aleister Crowley – taken from the original wax cylainder recordings – and doo wop samples atop a psychedelic groove, the appropriately titled “Doo Wop Thou Wilt” single offers a taste of Hypnagogic State’s upcoming album, Every Man and Woman is a Superstar; as with the song, the album title references the philosophy of Crowley – referered to as Thelema – with the song being a play on the Thelemic tenant of “Do what thou wilt shall be the whole of the Law,” and the album playing on “Every man and woman is a star.”

In addition, these words resonate with the ongoing spirit of Sophie Lancaster, whose murder on August 11, 2007 sent ripples through all subcultural communities. Lancaster and her boyfriend Robert Maltby were assaulted by several teenage males in Stubbylee Park in Bacup, Rossendale, in Lancashire. Sophie’s mother Sylvia founded the Sophie Lancaster Foundation, which has striven to promote awareness and fight against hate crime and oppose prejudice toward alternative subcultures, including LGBTQ groups, people with disabilities in schools and prisons, and the gothic community. Artists as diverse as Caustic, VNV Nation, Bad Pollyanna, Microwaved, Null Device, Courtney Love, The Damned, Gary Numan and more have contributed to or dedicated their art and music to the S.O.P.H.I.E. campaign. Freelance journalist and ReGen contributor comments in his feature on Torched Magazine, “Each one of us has an individual style, attitude, and personality. We are all Sophie Lancaster. Let’s not forget that on World Goth Day this Wednesday.”
The “Doo Wop Thou Wilt” single can be purchased via Bandcamp at a minimum price of $1.00, with Mitchell further stating, “consider digging a little deeper into your pockets for this one,” as all proceeds for the download will go to benefit the Sophie Lancaster Foundation.