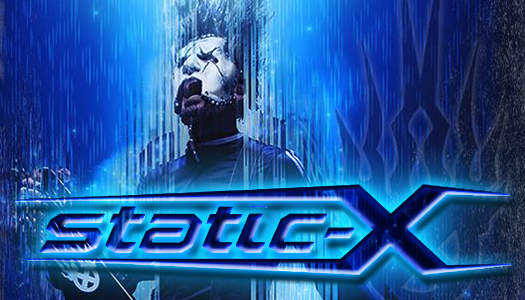 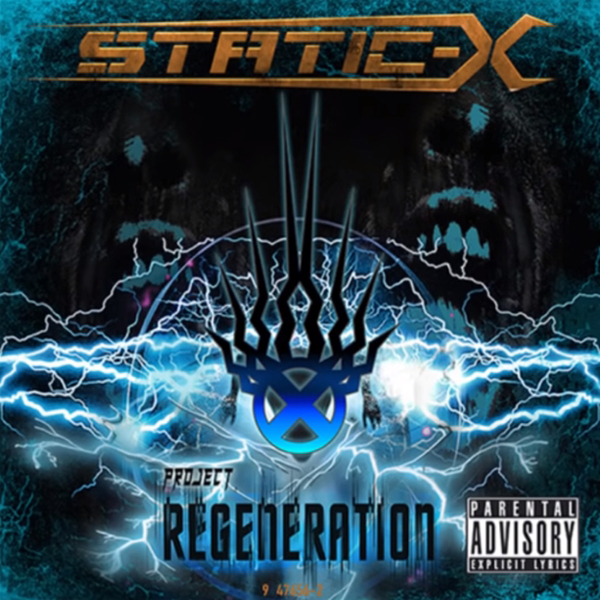 Industrial/metal act Static-X has announced some new developments in the creation of the new album, Project Regeneration; originally conceived as a memorial to the band’s late front man Wayne Static, the album was to feature the original lineup of bassist Tony Campos, guitarist Koichi Fukuda, and drummer Ken Jay recording new and previously unreleased material culled from Static’s final vocal recordings and compositions. The band has now revealed that in the course of the album’s creation, “We unexpectedly uncovered even more unreleased tracks left behind by Wayne… many of these had isolated vocal performances!” As a result, Static-X has decided to delay the album’s release in order to accommodate the inclusion of this newfound material; originally intended to include a series of notable guest vocalists, the band now states that Project Regeneration “will now have fewer guest vocalists and more complete songs featuring lead vocals by Wayne Static.” Consequently, the album’s release date has been pushed back with the band assuring the fans that all pre-orders are “safe and secure and everyone who pre-ordered will have their name featured in the liner notes, as promised.” In addition, Static-X has stated that there will not be a full song or single release until the process of signing with a label partner to ensure proper worldwide promotion and distribution is finalized; “we will release one AS SOON AS POSSIBLE…” With longtime associate Ulrich Wild taking on production duties (as he had on the band’s 1999 debut Wisconsin Death Trip), Campos has now confirmed that Project Regeneration will feature Al Jourgenson (MINISTRY) as a guest vocalist. 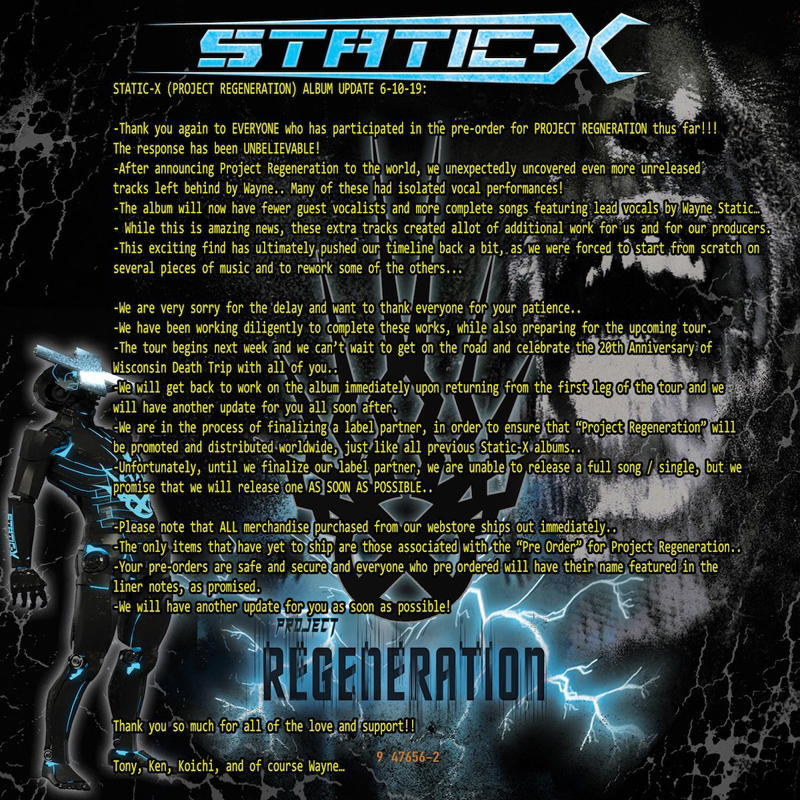 Static-X begins the first North American leg of Wisconsin Death Trip 20th Anniversary Tour on June 18 in Tempe, AZ, continuing until July 27 in Las Vegas, NV; the tour acts not only as a celebration of the group’s acclaimed debut album, but as a memorial tribute to Wayne Static, who passed away on November 1, 2014 at the age of 48. Joining the tour as support acts are DevilDriver (featuring Dez Fafara and Wayne Static solo guitar player Diego “Ashes” Ibarra) and DOPE. The band is planning to then hit Australia, Russia, the U.K., and Europe before a second North American leg to conclude the tour. A full listing of dates, along with merch and Project Regeneration pre-orders, can be found on the Static-X website.