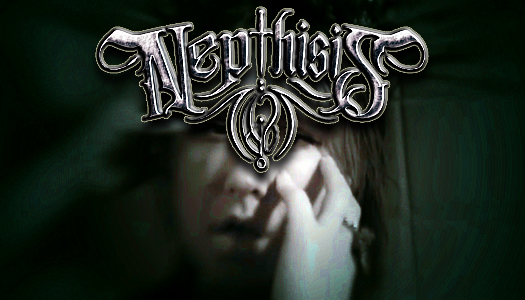 Nepthisis, the dark rock and goth/industrial moniker of New Mexico artist Sheila Eden, has revealed her third standalone single following the January release of her Spiral Hollow album. Inspired by the witchy tales of the Brothers’ Grimm and resounding with themes of female empowerment and calling upon one’s power to overcome oppression, “In the Shadows” was released on November 18 and is available now on Bandcamp. “It presents a woman who sheds her old ways,” the artist explains, “in order to seek a new existence as a powerful dark goddess. Within the song, she embraces duality and her shadow side to come into full force.”

Co-written by producer/engineer Somer Bingham, “In the Shadows” follows the “Falling Ashes” and “No Other” singles, released in May and July of this year, respectively. The new track also serves as a promotion for Bones and All, a “cannibal love story” directed by Luca Guadagnino (The Protagonists, Call Me By Your Name, Suspiria); starring Timothée Chalamet (DUNE, Interstellar, Call Me By Your Name) and Taylor Russell (Lost in Space, Waves), and based on the Alex Award winning novel by Camille DeAngelis, the movie was also released theatrically in the United States on November 18, having already garnered considerable acclaim at the 79th Venice International Film Festival this past September.